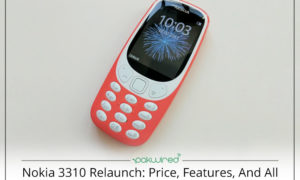 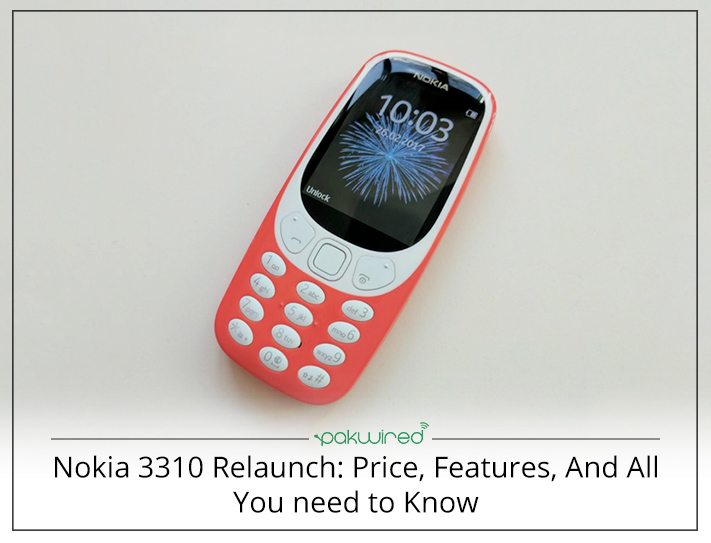 Nokia has made and sold 126 million of its original 3310 phone since it was initially revealed back in September, 2000. It was years before the smartphone revolution, and Nokia ruled the mobile phone universe with its popular phones that allowed you to play simple games like Snake.

Now the legendary 3310 is making a big return in loaded with a more modern design and feature updates, thanks to HMD – Nokia’s phone manufacturing partner. The updated handset will still be called the Nokia 3310.

As revealed at the Mobile World Congress, the new 3310 comes up with some notable changes:

Moreover, the phone will be available in several colors: glossy yellow, red, matte grey, and dark blue. Most interestingly, Nokia has even added a well-known snake game on the phone, the game that was on the original phones.

Opera Mini has been prepared to handle the basic web surfing including Facebook and Twitter, however, the phone’s most noteworthy aspect is the battery life. Just like most feature-phones, Nokia 3310 has one-month standby time and 22 hours of talk time.

The phone comes with 16 MB of internal memory which is further expandable via a microSD card slot. The updated 3310 feature list includes basic 2.5 G internet, calls, messaging, photos, and the iconic Snake game. However, the device does not support WiFi, GPS, or app store. Furthermore, Nokia has announced on its website that the phone will cost €49 (£42), when it goes on sale after its debut.

Lately, Nokia has announced tie-up with Finnish mobile manufacturing firm, HMD Global to build a new range of phones. Yesterday, at the Mobile World Congress in Barcelona, HMD Global CEO Arto Nummela said, in a style quite reminiscent of Steve Jobs, “and one more thing — I almost forgot” and announced the relaunch of iconic Nokia 3310.