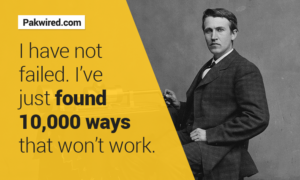 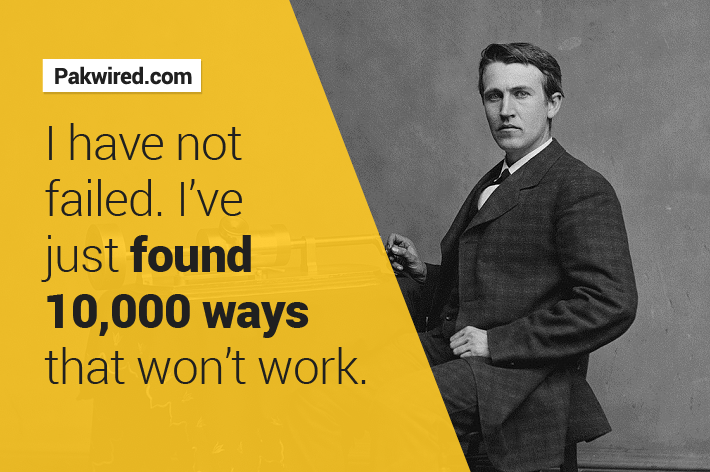 There is nothing wrong with failure. It all depends on how we view and understand it. Most times failures are stepping stones to great success. There is no success without failures. There is more to gain from failures than to lose from it, that is if you look in terms of the experience and knowledge it provides to you.

How Failure traps you

Our greatest weakness lies in giving up. The most certain way to succeed is always to try just one more time.” – Thomas A. Edison

Let us look at it this way; no one likes to be disappointed. When you experience a disappointment of any kind, you tend to feel stunned emotionally. Disappointments have a way of making us feel let down, discouraged and unfulfilled. At this point you assume that quitting could be the best position you can take. You believe that you have to do something completely different to attain some kind of success that will top your disappointment.

These feelings can be normal and natural because all of us experience frustrations and disappointments and it is human to react negatively to them. However, success is not in how you react to it, but how you can respond to your failures and handle them positively. Because at the end of the day this scenario that hovers you because of a disappointment or being a victim in failure’s trap does not last!

What it means to bounce back from a failure

“Many of life’s failures are people who did not realize how close they were to success when they gave up.” ― Thomas A. Edison

Our personalities are always in a state of flux. We cannot always be happy or sad. Yet it is a mark of how mentally healthy we are when we can immediately recover from a disappointing experience. Even when a setback hurts, you should focus on how immediately you can recover from it rather than dwell in it.

Bouncing back from a failure should be planned or prepared for. Your recovery rate is everything. So you should look at the possibilities and failures of a project before you even set out to accomplish it. By planning in advance for a setback or an obstacle you will be able to recover faster from a disappointment.

Thomas Alva Edison was a renowned American inventor and business. Often referred to as “The Wizard of Menlo Park” he employed the principle of mass production and large scale teamwork to the process of invention. Thus he was able to influence a lot of lives around the world with his discoveries like the motion picture camera, phonograph, and the electric light bulb. Even with so much great success do you think he never met with failures?

Thomas Edison’s approached his projects by employing a process of elimination. He was convinced that experimentation was a process of eliminating what doesn’t work. He always did well to keep accurate records of every experiment. If during the process of inventing, he discovered invention was possible, he did well to eliminate the methods that wouldn’t work until he arrived at the one way that would work. Such method was what shot him to becoming the greatest inventor of the modern age and a very wealthy businessman of his time.

How to apply the Edison approach in every venture you pursue

According to James Dyson who applied the Edison approach in perfecting the final product of his phenomenal vacuum cleaner, “Enjoy failure and learn from it. You can never learn from success.” James Dyson had racked up over 5, 126 failed attempts before he could reach the product that eventually became the Dual Cyclone bagless vacuum cleaner.

Failure is merely an opportunity to more intelligently begin again. Rather than get consumed in the disappointments from failing, rather you should shrug it off and see it as a learning process or as an experience to move you a step closer to success. The more you fail and learn from it, the better you will be at attaining success, because success is more of a result rather than an accident.

Using the Edison approach will protect you from making repeated mistakes if a particular method is not working. You really cannot expect a different result from a repeated failure. It is always better for you to eliminate an unsuccessful method when you are trying to reach a goal or solve a problem. This will help you manage your failures better and attain more success.