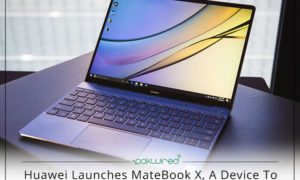 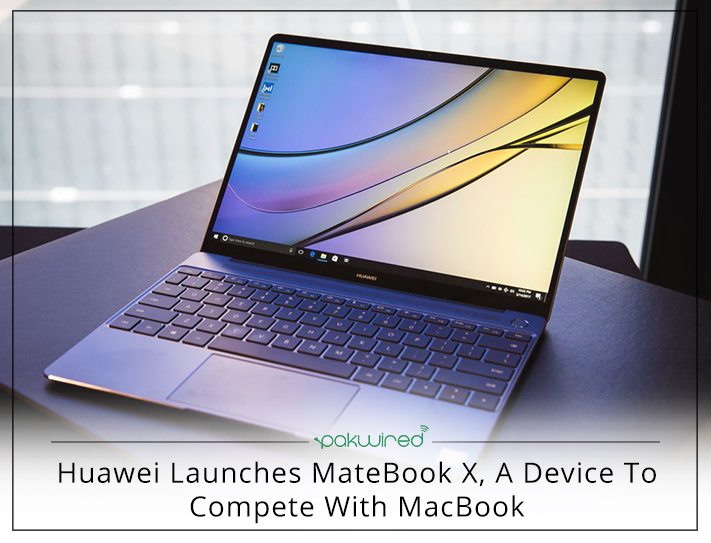 Huawei had been flirting with the idea of launching a MacBook which was materialized last year when the company launched its device called MateBook. Touchscreen, being the most important selling point was retained in the previous model as the device was touchscreen two-in-one. However, Huawei has now come head on with Apple’s MacBook by launching its very own version of the device and called it MateBook X. In addition, an upgraded version of last year’s model has also been launched.

The new MateBook X has many surprising features as the company has completely removed its touchscreen and convertibility option from the device. It would not be an exaggeration if we call the new device a clone of MacBook. It looks and functions exactly like the former. Many critics are wondering why the company took so much time to come up with an exactly similar device.

Apparently, the trend of taking inspiration from successful brands has become a norm in the technology industry. Big names like Facebook and other giants are also opting for safer, successful and tested options. One of the biggest reasons for MacBook’s line to be a high selling product is its design simplicity.

Huawei has although taken clear inspiration from MacBook but has also made a viable business decision. Moreover, it comes with minimal risk in terms of design and functionality. The company has also worked on a few features which have been undoubtedly improved.

A clear up grade is that the MateBook X would work as a standalone laptop along with being a 2-in-1 device. The only disappointing feature for many users could be the complete elimination of the touch screen option as it was a unique selling proposition of Windows 10.

Quick Read: Update on cards for Apple laptop lineup at WWDC in June

One of the officials from Huawei explained this decision and said:

“The company wanted to put its best foot forward; a big amount of the [laptop] business in the US is not touch”

This explains that Huawei wanted to be very clear with its brand essence and did not want a confused positioning for its device.

One can clearly say that although Huawei is not offering a very distinct laptop from what is already available in the market. However, it is a nice machine with a fan-less design and a 2K display.

The most striking feature of MateBook X is its sound. Huawei has given special emphasis to this area as it has worked with Dolby. Usually, Dolby’s involvement in machine development is only limited to changing a few sound settings; but this time the sound company had major involvement in creating an on-board speaker hardware.

Many consumers are avid users of laptop these days; be it watching a movie or streaming TV shows but the sound of the device becomes the most frustrating element. Most of the users have to plug in an external speaker for playing media files. Usually, companies focus on many other types of up gradations but very few emphasize on enhancing the sound quality of speakers.

Huawei has taken an intelligent step to upgrade the audio of its MateBook X (it has a very good sounding speaker). It is the only feature which had been neglected by many big names even Apple for that matter.