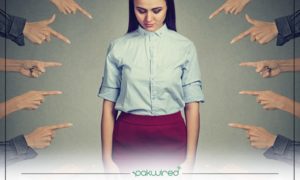 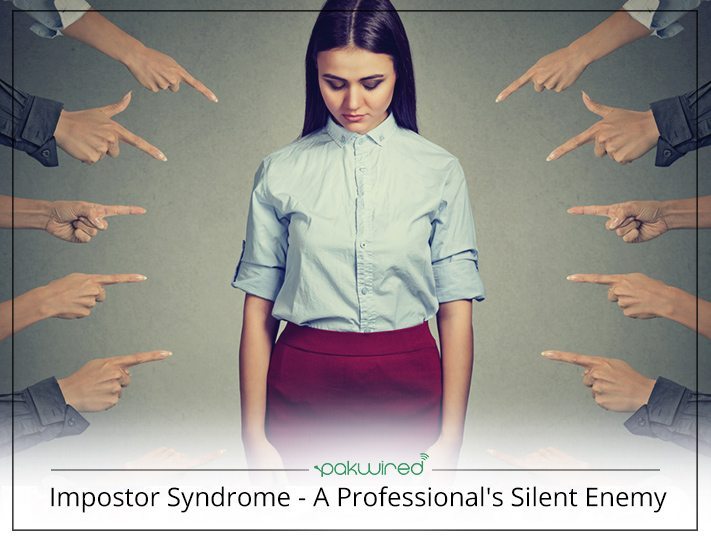 I’m a big fan of psychology, especially of the role it plays in organizational behavior. It helps us contextualise our actions in given situations, finalising marketing strategy and much more. At a fundamental level, a deep understanding of how our brains function and why we do what we do in certain situations, is the type of knowledge members of the senior team at any business organization, must have. More than anything else, it helps one be ‘self-aware’ which is crucial, especially when you are in difficult situations.

Being self-aware is knowing your strengths as well as your weaknesses and proactively nurturing your strengths to maximise their potential and either suppressing your weaknesses so they don’t come in the way of your work or turning them into a strength of some sort. The first step of being self-aware is introspection. Without looking at ourselves from a critical lens, we cannot begin to focus on the issues that may exist. One such issue that is plaguing many CEOs is the ‘impostor syndrome’.

Impostor Syndrome was a term coined in the late seventies by clinical psychologists, Clance and Imes. Research carried out by the pair hypothesised that high-achieving women believed they were not ‘good enough’ and played down their achievements, so much so that many had a fear of being ‘found out’ that they are not good enough, and exposed as a ‘fraud’. The feelings are explained as intense and consistent, so the extent of potential damage they can cause is worrying.

Though the research carried out was specifically for professional women, they later realised that the issue was more widespread — not only in women but men too, regardless of the profession. Students, managers, doctors have all experienced it, and is unrelated to levels of success for the individuals. So the initial findings of it affecting high-achieving women were just scratching the surface. Research by the International Journal of Behavioral Science (IJBS) more recently found that 70% of millennials feel it too.

Am I Affected by it?

According to the research, you may well be. Everyone will suffer from varying levels of intensity but the basic things to look out for are:

Further, the IJBS ‘Impostor Cycle’ can be seen below for a better understanding. 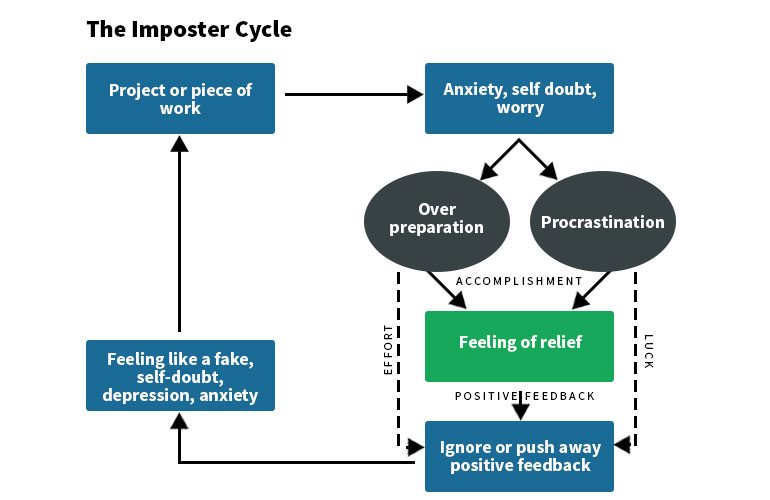 Many Others are Affected Too

As mentioned, the problem is very wide and even some of the world’s most successful people suffer from it, below are just some examples:

Emma Watson – ‘When I was younger, I just did it. I just acted. It was just there. So now when I receive recognition for my acting, I feel incredibly uncomfortable. I tend to turn in on myself. I feel like an impostor. It was just something I did.’

Robert Pattinson – ‘In a lot of ways, I’m quite proud that I’m still getting jobs. Because of falling into a job, you always feel like you’re a fraud, that you’re going to be thrown out at any second.’

Jennifer Lopez – ‘Even though I had sold 70 million albums, there I was feeling like “I’m no good at this.”‘

Problems like this can become crippling and in the long-run take their toll on your mental and physical health so it is important to be self-aware and if you feel you are affected, seek the necessary help — it doesn’t matter even if you are a CEO!

How Can I Overcome This?

This is by no means an exhaustive list, it is still extremely important to seek medical advice, but hopefully the following can help you find your feet and be proud of your achievements.

Focus on you’re worth – Whatever it may be, you are doing it because you deserve it. Its as simple as that, so pat yourself on the back. People are looking up to you and there’s a reason for that too.

Achievements – What ever you achieve, sit back, have a think about it and be proud. If it calls for a celebratory event then go ahead. Accept you have worked hard for it and take the credit where it is due.

Stop Comparing! – It is what it is so stop doing it. Though a little competition is good, don’t compare yourself to others. They are in a different situation along with many other variables so it just doesn’t make sense to compare. Focus on yourself.

In our busy lifestyles we often forget to think about ourselves, but the most successful people are those who are self-aware. Aside from this, we need to think about our health and if such issues are not highlighted in our society, we are not doing ourselves justice. If you feel you may be affected, seek the relevant medical assistance whether it is impostor syndrome or anything else. Don’t let the ‘taboo’ of mental health stop you from doing so.