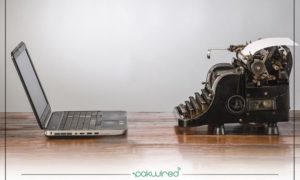 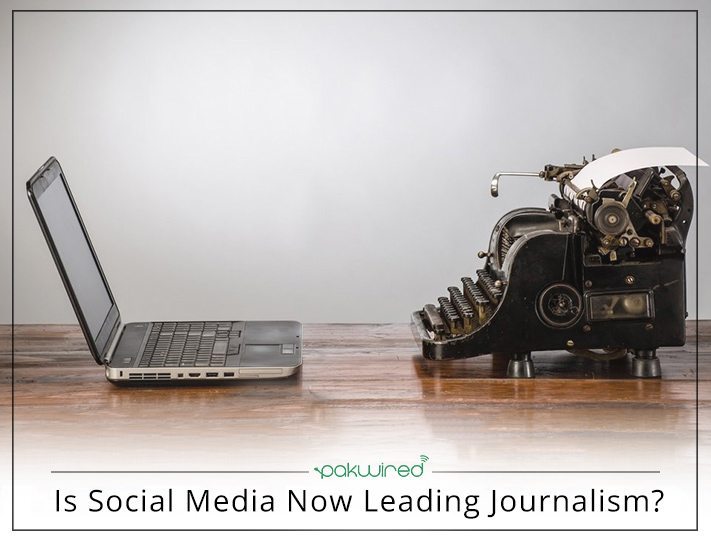 With the rise of social media, there has emerged a whole new dimension of journalism, hitherto unknown. With the emergence of this new medium of information assimilation, a paradigm shift has occurred, causing the role of journalists and the state of the media to be in a perpetual state of flux.

Cision’s 2015 Global Social Journalism Study, conducted in partnership with Canterbury Christ Church University, sheds light on the impact of social media on the role of journalists, analyzing data gathered from over 3,000 journalists and media professionals from 11 countries.

Social media has transformed the way journalists work, broadcast their stories and interact with the public. While almost all news organizations, around the globe, are boarding the social media band wagon, realizing its phenomenal news gathering capacity, its potential as a tool to engage the audience, and as a way of distributing the news. But not all journalists see the onset of social media as a good thing. The fragmentation of media introduced by digital technology and now amplified by powerful social platforms comes with its own set of pros and cons.

With all these varying aspects of the evolving nature of journalism in the age of social media in mind, we talked to Sarah Munir. Sarah is a young journalism professional with the unique distinction that she’s the only Pakistani to have been part of the news curation teams at both the social media giant platforms: Facebook and Twitter. Munir has previously worked in editorial roles at The Express Tribune and DAWN News. She obtained her Masters degree in journalism from Columbia University on a Fulbright scholarship.

In light of her experience, responding to the question about role of a newsroom at a social media platform, she shared how in the past few years, social media has morphed into playing a much more critical role for journalism than just being a platform to market stories.
Munir said:

“It is where a large number of stories are broken and has also become a medium to cover stories that might not be picked up by traditional outlets.”

In a Reuters research, Journalism in the Age of Social Media, a survey about social media usage in news operations among selected chief editors from different parts of the world is included. What makes social media of particular interest to journalism is how it has become influential as a communication and news-breaking tool.

In June 2009, the U.S. State Department asked Twitter to delay scheduled maintenance on the service because it was being used by protesters angered by the results of Iran’s disputed presidential election. In July 2009, a Twitter user in Indonesia beat most major news companies by tweeting about the Jakarta bombings. In 2011, an ordinary man’s tweet about unusual air traffic in Abottabad, Pakistan, revealed one of the biggest news of this decade.

Helicopter hovering above Abbottabad at 1AM (is a rare event).

With this perspective in mind, we asked Sarah Munir whether, the the concept of mainstream media being partial has been the contributing force towards the evolution of social media as the emerging news medium.

Munir agreed. She expressed that since social media provides equal access to everyone regardless of race, religion, political and sexual orientation, it is viewed as being fairer and more impartial. An interesting insight that she she shared involves the pace of life of a millennial.

“Younger people now care more about the world around them and form the chunk of internet users globally, therefore, it is no surprise that they turn to their smart phones and social media apps to tell them what’s happening. Viewers no longer want to consume a story that broke in the afternoon via the 9 pm bulletin. Social media bridges that gap.”

When it comes to the rapid pace of life being an assertive factor in how people consume information now, we’re bound to compare the old school and the current ways of journalism. Compared to the days of yore, newsrooms have fewer financial resources, less time to conduct research: a lot has changed in how research is done today. We asked Sarah Munir of the pros and the cons of the change in trend – considering the shrinking window of time between an event and news broadcast. Could it imply a compromise over journalistic principles and methodologies?

She seemed quite clear in her take over the matter.

“I won’t necessarily equate the use of social media as a consequence of shrinking financial resources or time. It is a different medium but you still have to abide by the same rules of accuracy, timeliness and ethics as you would for any other medium. It is a faster-paced environment just like all digital entities but that can never be an excuse for an incorrect fact or a shoddy headline or a plagiarized image. The plus-side is that some of the biggest stories with the biggest players find way to your platform before they are broken anywhere else.”

Now, here emerges an interesting dichotomy. Some users enjoy the opportunities for political debate and engagement that social media facilitates, but many more express resignation, frustration over the tone and content of social platforms. One could argue that as a result of hyper-connections, media literacy is suffering.

We asked Sarah to define her take on the aspect of news content struggling with fact versus opinion at the social media.

“That is a double-edged sword,” Sarah said.

“The fact that anyone can say anything is social media’s biggest strength and drawback. And sometimes, it can become hard to separate fact from fiction.“

And this is where she shared the gold nugget of her experience working in the field of authentic journalism! Munir compiled her checklist for news authenticity over social media platforms to promote reliable journalistic practices.

“That is why when you consume or share a story via social media, you should be especially mindful of the sources. Where is this fact coming from? Who is saying this? How do I know this? Just a basic common sense check can go a long way in avoiding the spread of misinformation. If you are a journalist, make sure you are clearly sourcing your information and not becoming a mouthpiece for incorrect facts and propaganda. If you are a consumer, look at a person’s past social media history, whether they are verified or not, are they backing up their information with sources or not before you believe everything you read.”

Delving further over the issue of opinion versus fact, it seemed imperative to ask about the most controversial US elections in the recent history. In a political environment defined by widespread polarization and partisan animosity, even simple conversations can go awry when the subject turns to politics. We asked Sarah of the possible reason for the rise of social media, despite these factors, as the news source during this most intense political season in the US.

“I think because it was SUCH a divided election, you saw a lot more debate on social media platforms. Moreover, political parties targeting voters, especially young voters, know that their best chance at engaging with this population is through the mediums that they consume the most i.e Facebook, Twitter, Instagram, snapchat etc. So you saw a lot of campaigning on these platforms and consequently a lot of engagement and debate. However, there is also the danger of being trapped in “echo chambers” online. For e.g., if a user believes in unicorns, they are likely to engage and surround themselves with users who believe the same. Which is a pitfall we should all avoid if we want to hear out the other side and understand where they are coming from even though we may not necessarily agree with them.”

She hoped that the political strategists in Pakistan had taken notes observing the dynamics of social media aspect of online campaigns.

“In the 2013 elections in Pakistan, the campaigning on social media was restricted to a few parties. I imagine a lot more parties will tap into these mediums to mobilize the young voters in the next election cycle. And I am really excited to see how that plays out.”

The research, “Journalism In The Age of Social Media” surveyed 135 journalists from across the globe about the ways social media have affected their work, the way news gathering has transformed and the way news information is disseminated. 5 out of the 6 editors surveyed said speed or immediacy was the aspect of social media that helps them best in receiving news. They said the main ways their newsrooms used social media networks were branding and making a presence in the social media sphere, driving traffic to the company’s news website, and breaking news.

The report finds that in the web 2.0 world, journalists must be prepared to respond all kinds of reactions – which can vary from positive to negative.

This sneak peek into the journalistic code prompted our last question to Sarah, in her capacity of a Pakistani immigrant, that too the only one who had worked at the most prestigious social media platforms, how did she see the post-Trump America in terms of its tolerance for diversity of cultures?

“As an immigrant Muslim woman of color, New York has been very kind to me. I have worked hard and gotten recognition for that work. I have also had the chance to work with some of the biggest companies and the brightest minds and made some wonderful friends who have helped me throughout the way. But I also recognize that I operate from a position of privilege. Not every Muslim or immigrant or person of color may be experiencing the same sense of security or accomplishment as I do. Which is why it is more important now than ever for us to be seen and heard. A natural reaction to fear, which a lot of immigrants in Trump’s America are feeling, is to leave. But it is when you feel like leaving is when you need to stay the most. For those back home, who want to venture out like me into a more global market, I would say develop a thick skin. There will be countless rejections, breakdowns, broke downs, but you have to persist. And good things will eventually happen.”

With insights from Munir’s personal experiences, from the interviews conducted by the Reuters Research Report, and those obtained from data churned by the comparative analysis of the yearly Social Media Updates, by Pew Research Center, it is evident that Journalism is at an interesting cusp.

There are concerns – as in case of any process in evolution – and they are identified as accuracy, the need for verification and the loss of control over the information. However, the fact remains that the journalists of the future need to reinvent themselves to be able to make the most of the technology assistance social media is providing.