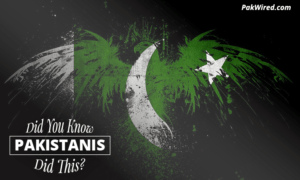 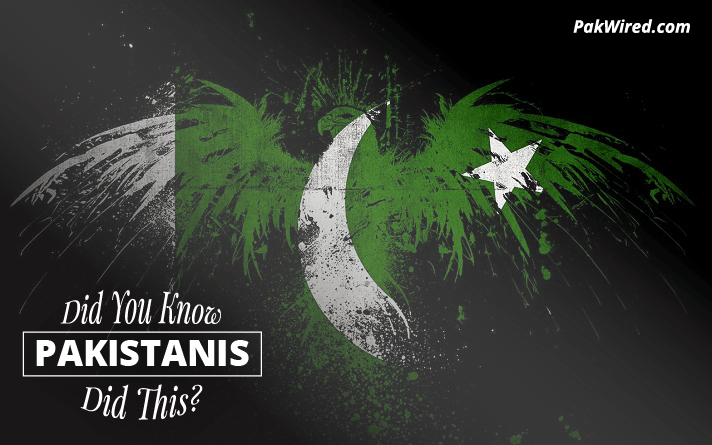 How often do we hear something good and positive about Pakistan and its people?  With so much bad press about us, we need to find and focus on the things about this country and the nation, which exhibit positivity, achievements and hope! Most of us recognize names such as Dr. Abdul Salam, Dr. Abdul Qadeer, Arfa Karim and the likes. They are some of the brightest stars, but there are many more amazing Pakistanis, who are doing great things that we don’t know about. Every now and then we hear about Pakistani students or just an average Pakistani, who invented something interesting or useful but soon it is forgotten.  I want to share a few of the achievements of some of our fellow countrymen.

Before the 90’s, the international institutions like the World Bank, viewed the economic performance of countries by focusing on the national income. Dr. Mehboobul Haque changed the focus by presenting the The Human Development Index. It is a statistic which ranks countries by human development indicators and takes into account factors such as literacy, life expectancy and the standard of living of a country. It helps in aligning the economic policies with the quality of life.

In an energy deprived country like Pakistan, any way to save energy is a blessing. Two students, Farhan and Shafiq, of the Sir Syed University of Engineering and Technology in Karachi, did just that in 2011. They built a solar-powered car that can run at a speed of 40-45 km/hour and can cover a distance of 60 km with a fully charged battery.

The people in the Northern areas of Pakistan live in pretty tough conditions. Keeping warm in those areas requires a lot of effort because they have to arrange firewood to make fire. An enterprising Pakistani, Abdul Rauf and his friends, came up with an idea to make life better in these areas; they constructed a solar water heater from recycled water bottles.  The water can be heated up to 90°C and this system also takes care of the desalination of water.

Pakistanis have done some really good work with Prosthetics (artificial limbs). In the footsteps of the pioneers, a group of students from NUST University made an artificial robotic hand, which receives signals from the brain of the person using it and generates an appropriate movement.

How often do we wish that the batteries of our mobile devices would just keep going and going?  A brilliant Pakistani student, Atif Shamim, did just that when he was an electronics PhD student at Carleton University.  He built a device that significantly extended the battery life of mobile devices.

Brain Cells on a Chip

Artificial intelligence opens up numerous possibilities for developing intelligent machines that can effectively interact with humans. A Pakistani scientist, Dr. Naveed Syed, who is the head of the Department of Cell Biology and Anatomy at the University of Calgary’s Hotchkiss Brain Institute, made a breakthrough by connecting brain cells on a chip. His achievement created new possibilities in the field of artificial intelligence.

Saman Khan and Syed Irteza Ubaid from Pakistan presented their product, a self-sanitizing surface to curb the spread of germs, at the Global Innovation through Science and Technology (GIST) Tech-I Competition and won the third place.

Moosa Feroz, at age 13, proved to be a better mathematician than 1.4 million children from across the globe.  He surpassed all other contestants in the Online World Mathematics Competition held in Australia. He was awarded the designation of ‘Math Ambassador’ by the Australian government. The second place in this competition was also won by a Pakistani student.

Could you have imagined that ordinary tea can be used to purify toxic water?  Shadab Rasool Buriro from Khairpur certainly thought so.  He presented his project titled, ‘Removal of Pollutants from Industrial Waste Water by usage of Tea Waste’, in the Genius Olympiad held at the state University of New York and won a silver medal as well as a $250,000 scholarship.
These are just a few of the amazing accomplishments of our own fellow Pakistanis. It just goes to show that hard work and perseverance can take you as far as you want to go!