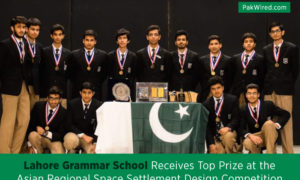 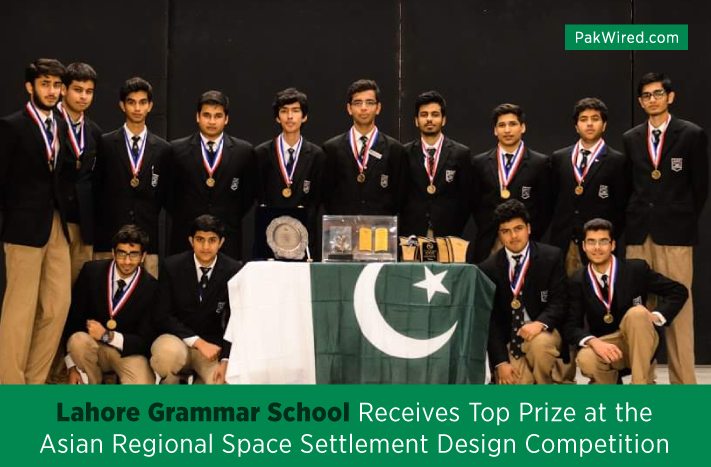 We have great news from the field of education! The Lahore Grammar School (Johar Town) has won the Asian Regional Space Settlement Design Competition, or ARSSDC. The ARSSDC is a prestigious international competition that is in its third installment this year.

Not just this, but by winning the ARSSDC Lahore Grammar has also qualified for the International Space Settlement Design Competition, or ISSDC.

The semi-finals of the Asian Regional Space Settlement Design Competition was held from January 30th, 2016 to February 2nd, 2016 in Gurgaon, India.

The rules of the ARSSDC had teams work together as a company and develop a new design concept, which was the minimum requirements of the proposal.

The competition had a total of 25 teams and 300+ students competing. The students were from China, India, Pakistan, and South Korea.

The company that was formed included LGS students:

Also worth noting is that another member of the company and also a student of Lahore Grammar School (JT), Mujtaba Ahmed, was selected for the Dick Edwards award. This award is given to a non-official member of the setup company whose individual contribution are commendable and thus celebrated.

Ms. Faiqa Afzal, the Principal of the A-Level section of Lahore Grammar School (JT) was appreciative of the determination, persistence and tireless efforts of the school team and commended the organizers of the ARSSDC for their contribution towards education. She also acknowledged that ARSSDC had been successful in forging better relations amongst the students of the participating teams.

As per the competition’s website: “This competition focuses on taking you through 25 years of legacy and an educational product that is developed entirely by engineers. Unlike most educators, we believe that young high school students can learn almost anything given the right tools. And this tool by far is the best for teaching you Management skills and realtime industry skills that most people spend decades to learn in the industry while on the job.

You need not be a whiz-kid, academically very successful or brilliant in physics and mathematics to do well in this competition. The focus of the competition is to discover the hunger in you to learn
and excel.
This is a real team building exercise and according to most participants it is the most rewarding experience.”

Every year the organizers create a new design concept having its own special requirements. Teams work together to prepare a 40-page report which discusses the issues and puts forward their ideas and designs.

In the 2016 contest, the teams were required to design a city in the asteroid belt Astoria. According to the organizers, “This contest puts high school students in the shoes of aerospace industry engineers designing a city in space that will be a home for over 10,000 people.”
Another Achievement

The Lahore Grammar School (Johar Town) boys have also qualified for the International Space Settlement Design Competition (ISSDC) which will be held in July of this year at the Kennedy Space Center in the USA. The school will be Pakistan’s representative at the ISSDC.