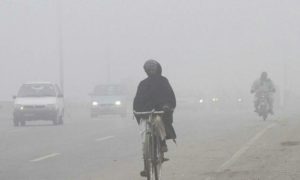 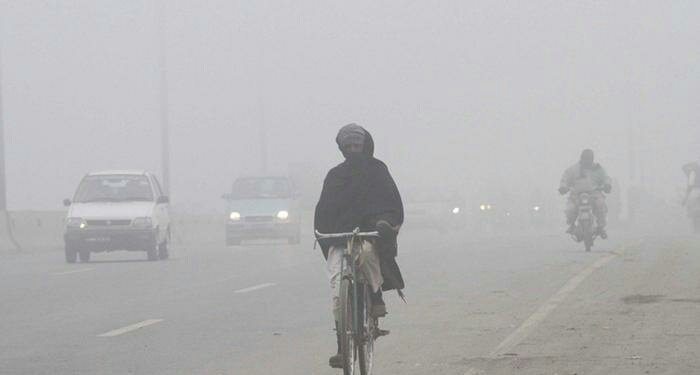 Lahore smog has been part of the headline news for the last few days frequently as it has reached dangerously high levels crossing all international safety benchmarks. The most dangerous pollutant around the world known as PM2.5 is hovering between 800ug/m3 and 900ug/m3 for the last two days, compared to global levels of 35ug/m3 per day.

According to the air quality report issued by a community driven initiative, in Lahore the hazardous air quality index (AQI) has readings beyond the scale limits.

World Health Organization (WHO) has officially declared that the daily average level of PM2.5 should not cross 10ug/m3 and aggregated annual average should remain below 25ug/m3 per day. However, Punjab Government has set these benchmarks at 15ug/m3 for daily limit and 35ug/m3 for the annual average daily.

It has become a matter of grave concern for the nation as the Environmental Protection Department (EPD) is paying no heed to the matter and is hiding information about quality of air and amount of pollutants in the environment. The above mentioned data has been provided by some private air monitoring laboratories. 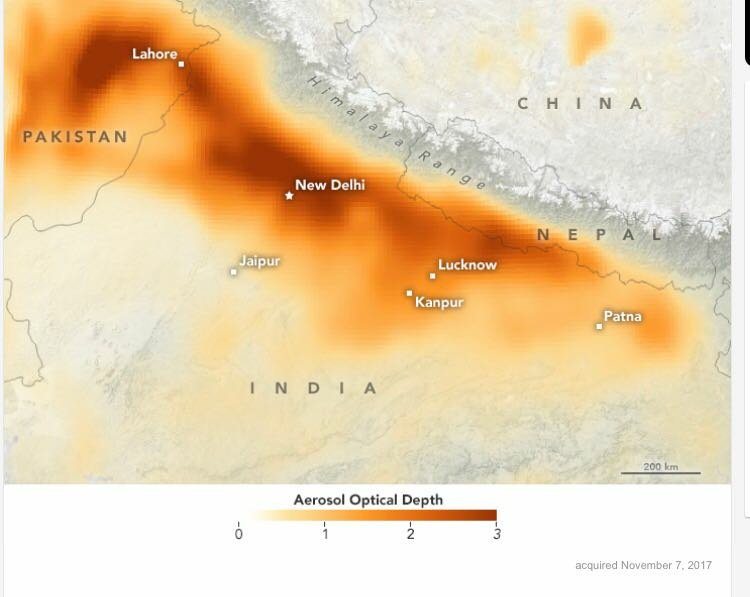 The Punjab Environmental Protection Act 1997, Section 6 (0) legally binds EPD to “provide information and guidance to the public about environmental matters”. However, the department has not released any kind of data on air pollutants in Lahore or throughout the province for the last few years.

Although during 2004-05, EPD managed to install digital screens on different locations in Lahore to monitor air pollutants and the data was also disclosed and shared with the media. Nevertheless, the practice was soon abandoned and the data was concealed permanently.

If they go by the book, EPD is bound to publish an annual report as per Section 6 (D) of the Punjab Environmental Protection Act describing the current environment status of the country. Still, the department failed to submit any such report last year due to non-availability of data.

A private sector entity, Pakistan Air Quality initiative based in Karachi has installed two air quality monitors in Lahore, one in Cantt area and the other one at Uppar Mall. The owner of the firm, Abid Omar said:

“For the past one week, level of PM2.5 in Lahore remained between 450 and 500ug/m3, which is considered to be extraordinary high and needs a state of emergency to handle this situation.”

Their company publishes community based air quality reports to enhance awareness among the masses.

Omar also said that he is monitoring the current crisis himself and posting air quality information of Lahore on Twitter on an hourly basis with the hashtag of #Lahoresmog.

Another private environmental testing lab in Lahore had conducted a test on the air quality of Lahore and the results were worrisome. The owner of this lab, Aleem Butt said that the average level of PM2.5 has been 211.78ug/m3. He also added:

“It is the statutory duty of EPD to test and notify results of ambient air.”

Drastic health issues for the citizens

WHO has mentioned in its report that 98% of lower to middle income countries having a population of more than 100,000 fall short of WHO air quality standards. The report also mentions that this puts the health of the citizens at major risk by increasing the chances of stroke, heart disease, lung cancer, and acute respiratory diseases such as asthma.

Also read: Lahore Isn’t Among The 3 Cities From Pakistan In World’s Top 20 Most Polluted Cities

According to a general physician, air pollution is the leading cause of most of the diseases mentioned above. He declared that PM2.5 has harmful pollutants such as sulfate, nitrate, and black carbon that enter into the lungs and heart thus decreasing the life span of urban citizens.

Some environmental experts believe that just like Delhi administration, the local government should also declare an emergency situation and take up combative steps to counter the air quality issue.

Another environmental expert, Rafy Alam said that the authorities need to take immediate action and come up with quick short term solutions such as closing schools and banning extra vehicle movement along with closing down smoke releasing industries. In addition, he said that farmers and garbage handling firms need to be educated to not burn trash at all.