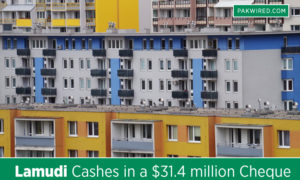 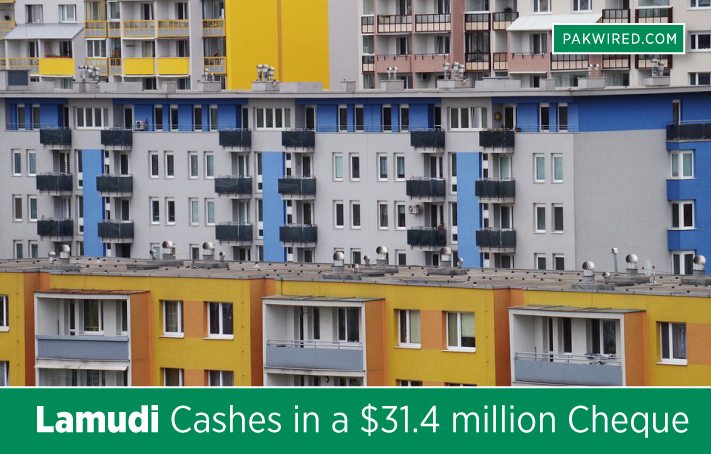 Last year we saw some interesting developments in terms of the online real estate market in Pakistan. We heard of Zameen.com cashing in a cheque for $20 million USD and now the news is in that Lamudi has locked in a fresh investment of $31.4 million USD.

The company was launched in October of 2013 from their headquarters in Berlin and is now present in more than 30 countries worldwide, including Pakistan.

In their own words (present on their website, lamudi.com) “Lamudi is an online real estate classified website focusing exclusively on the emerging markets. The website offers sellers buyers, landlords and renters a secure and easy-to-use platform to find or list properties online. Founded in 2013 our platform is already available in more than 30 countries in Asia, Africa, the Middle East and Latin America”.

The new round of funding will go into fortifying Lamudi’s business in certain regions of Asia and Latin America. Lamudi has also committed to enhancing its presence in nine growing markets it is already present in.

This current wave of expansion is in line with their strategic objectives which were put into motion when the company began expanding beyond its initial borders.

Pakistan is a tough yet interesting challenge for Lamudi. Due to a still growing mobile user base, a population not savvy in this realm and a major competitor in zameen.com, Lamudi is still to achieve its potential in Pakistan. However, they seem adamant to get to the pinnacle as soon as possible.

Commenting on the competition in Pakistan, Mr. Hermann, the managing director of Lamudi said “Zameen has done a good job [in Pakistan] over the last eight years. We see ourselves as a strong number two… and are pushing to close the gap.”

Zameen.com is a premier player in the online real estate market in Pakistan and has itself secured a hefty $20 million recently to reinforce its territory.

This kind of competition in the online realm is a very good sign for the industry in Pakistan. It goes to show that if you have a promising product and are willing to put everything into it, success will come to you even if you are in Pakistan.

The numbers speak for themselves. As per official figures released by the company, Lamudi’s earnings increased by a monstrous 460 percent last year and the predictions for 2016 are even higher and better!

According to Lamudi’s management, if they pause the expansion this year, the company will be profitable in 2016. However, the company is in for the long haul and is thinking beyond just short term profit.

According to Mr. Paul Philipp Hermann, “We can become profitable with this money. The question for us [with regard to pursuing future market expansions or profit] is where we’ll be in two years’ time.”

As per a recent disclosure, the Lamudi portal is visited by an average 4 million people and has a million listings being closed, with Mexico and Philippines proving to be the star players for them.