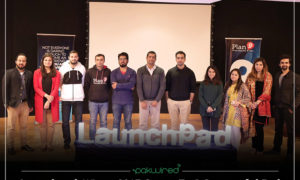 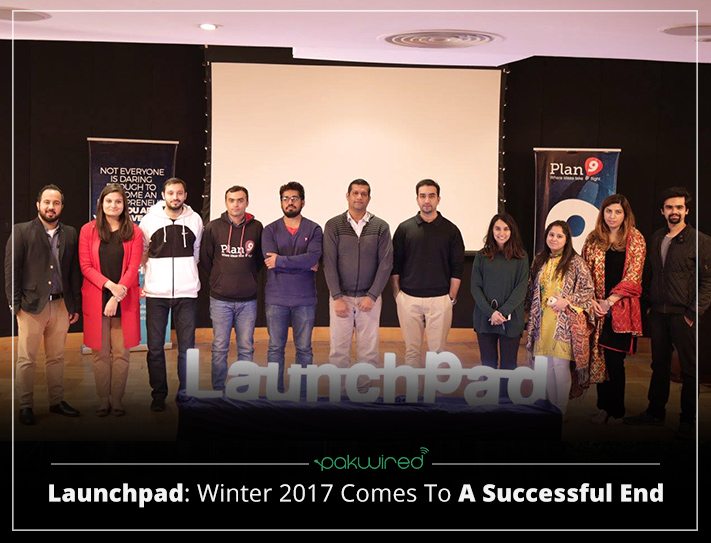 PITB’s Tech Incubator Plan9 celebrated the beginning of the New Year by inducting 10 startups from Lahore in their 9th cycle. Plan9 Launchpad as always was an unforgettable event to attend. This Launchpad Plan9 celebrated the ‘Digital Evolution’. They designed multiple pre-Launchpad activities to bring the startups up to speed with entrepreneurship including but not limited to motivational talks, scavenger hunt, pitch and presentation workshops, business plan and market validation workshop, fire side chat, tips on launching the startup, team building, speed networking and much more. Through Capital Factory and Facebook acting as their knowledge partners, this entire week was full of continuous knowledge flow.

Day 1 of pre-Launchpad activities started off with registrations of 115 shortlisted startups, followed by an opening talk by Nabeel A. Qadeer, Director Entrepreneurship and Enterprise Development, PITB. While addressing the audience he advised: “Entrepreneurs fail but they never quit. Never give up on your dreams, just keep at it.” Ali Syed, Global Development Coordinator from Capital Factory being the prime knowledge partners, conducted a workshop on presentation and pitch to help startups prepare for the big day. “Every pitch must be a story in order to compel people to listen to it.” Pitch advice by Ali. This was followed by a cool, engaging fun activity by Euphoria – the Scavenger Hunt. The startups were given clues to follow through a mobile app. The day ended with mentoring of ed-tech startups on business model and strategy by experienced alumni, including Amin Baig, Founder Optimaken and Shahrukh Swati, Co-founder Nearpeer.

Day 2 kicked off with Fireside chat with Fred Schmidt, Director International and Gordan Daughtery Managing Director and General Partner from Capital Factory, moderated by Ali Syed. Fred shared tips on how to acquire best team members from speed networking. While Gordon gave the startups a reality check: “You will have to hear a number of NOs before you can have a YES.” He further added: “Entrepreneurship is not just about making revenue. It’s having the urge to learn and experiment.” The day continued with Capital Factory coming back with another constructive activity to build the knowledge base of startups – ‘What are you selling and who are you selling to?’ Business Plan / Market Validation Workshop. This helped startups to refine their business models and learn techniques of getting their product validated. Abdul Qudoos, HR consultant and advisor later took the stage to advice startups on team building: “The largest challenge that causes maximum heartache in a startup is the people related. You need to attract the right talent and have a defined business process to run a startup successfully.” Later the same day, Mr. Suneel Munj the co-founder of PakWheels.com took the stage and motivated the startups: “You have to be a risk taker. Only 1 out of 10 ideas succeed. You have to pass the real life test.” He further added: “Capitalize on the existing gaps in the market. Find a problem and build a startup around it.” Next up was the Speed Networking for startups to find their potential team members. This was moderated by Usama Tauqeer, Plan9’s core team member and Mr. Abdul Qudoos. Facebook DevC closed the day with with key learnings on speed networking.

The last day of the pre-Launchpad activities started off with pitch practice by Faizan Mahmood, Assistant Program Manager, Plan9. This was followed by a panel talk on ‘Chalking out early stage investments’ which was moderated by Nabeel A. Qadeer and the panel included Ali Mukhtar CEO at Fatima Ventures, Dr. Salman Shah, Former Finance Minister of Pakistan, Ali Ahsan, co-founder of Mangobaaz and Khalid Bajwa, co-founder of Patari. Ali from Mangobaaz shared a tip: “Build a business model, show some revenue base and then seek out an investor.” Khalid from Patari gave his 2 cents: “Finding the right fit is extremely important when you are raising money.” Ali Muktar said: “Don’t give up too much equity. It’s your startup, your vision. Believe in it.” Dr. Salman Shah added his perspective to the talk: “An important aspect of investment is the control. You have to know the role of a thinker or developer and the role of the financer.” Day 3 concluded with Startup EXPO, where the currently incubated startups displayed their products for the incoming startups to experience and get a taste of what is expected of them in the months they are incubated at Plan9.

As the 3 days of pre-Launchpad trainings came to an end, right next day began the actual Launchpad. The day started off with opening talk by Mr. Yuri FedKiw, the US Council General. “Entrepreneurship is the way forward. It bridges the gap between different cultures, especially for Pakistan.” Next up was Sarrim Aziz from Facebook who shared the opportunities that startups can avail through FB Start. While addressing the audience he said: “You are in a unique place with unique problems that you can solve giving way to unique opportunities.” Adding to diversity of speakers, Plan9 also had Mr. Muhammad Ali Iqbal from National ICT R&D Fund who shared the different national offerings for startups. He said: “Our aim is to make Pakistan a knowledge based economy. Funding the startups is a major step towards it.” Next up Plan9 engaged Ms. Urooj Mazhar from School of Leadership to deliver an interactive session to boost the morale of startups before they set out to pitch in front of the industry experts. She gave the star advice: “We are constantly inspired by other people. The simplest formula to be brand is to be yourself.” Later the entire day elevator pitch competition continued resulting which 20 startups were shortlisted to present on the final day. Judges included: Zaeem Yaqub from BNU, Bilal Athar, co-founder Wifigen, Ali Syed from Capital Factory, Rameeza Moin, founder Transparent Hands, Qaiser Ansari, CEO at Pantera Energy, Sarrim Aziz from Facebook, Ahmed Khalid, co-founder Xgear, Faizan Aslam, founder Bookme.pk, Shahmeer Amir co-founder Travly and Naqi Syed, Mobile Developer at Pingboard and co-founder at BaseJump. While this was happening, simultaneously in the auditorium where the remaining startups were waiting for their turn to pitch, Dr. Umar Saif, Chairman PITB motivated them and wished them best of luck. He said: “In my mind there is absolutely no doubt that one day one of you will go on to become a billion dollar startup and will change your destiny and the destiny of this country with your innovation, your entrepreneurial skills and hardwork.” Siim Teller, Plan9’s board member and Head of Marketing and Community at Wire also addressed the startups and talked about the stats and numbers that they must include in their pitch. Later in the day Emoey, Plan9’s alumni startup launched their product. We all wish them a successful future. The end with the good news of 20 shortlisted startups including the following: 1. Neurostic 2. Journal Post 3. Shimshal Adventure Shop 4. Exam Review 5. Pakistani Soghat 6. Blisfix 7. Dishcuss 8. DB Designer 9. Paltoo PK 10. Project 50 Kids 11. HumBike 12. Homstove 13. Impro.pk 14. Ticket Kataao 15. Adspace.pk 16. Thali.pk 17. InstaCare 18. Imatter 19. Qayaam 20. Tiffun Wala

The last day of Launchpad was the most happening of all as the participants were all excited to present and find out who won the incubation after 4 days of rigorous training and pitch. The judges on the final day included the following: Faizan Laghari, Founder at Forrun, Ali Syed from Capital Factory, Qaiser Ansari, CEO Pantera Energy, Naeem Zamindar, CEO at Acumen Pakistan, Yasser Bashir, co-founder and CEO at Arbisoft, Muhammad Umar Zafar, Chief Strategy Officer at Netsol Technologies, Salem Rehman, Director Operations at EMCO Industries, Monis Rehman, Venture Capitalist, CEO and Founder at Naseeb Networks and Abdul Aziz, CEO at Lumensoft Technologies. While the judges deliberated on the results, Nabeel A. Qadeer, Director Entrepreneurship and Enterprise Development addressed the startups waiting for the final verdict. He talked about how Dr. Saif’s vision of incubation facility made it possible to provide a conducive environment for entrepreneurs.

Then came the final verdict; the 9 shortlisted startups from Lahore that goes into the 9th cycle of incubation at Plan9:

Don’t forget, Plan9 also incubated EyeAutomate the winner of ERUPT Lahore last month. Which makes a total of 10 startups incubated from Lahore. We wish all of them a very best of luck.