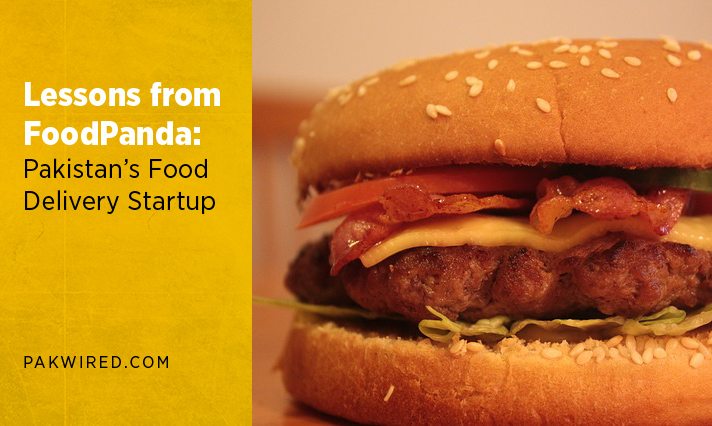 Founded in 2012 by Ralf Wenzel and Benjamin Bauer, Foodpanda has since spread across the globe. Headquartering in Berlin Germany, this mobile food delivery marketplace now operates in 40 countries, including Pakistan and India.

Expanding Beyond the Marketplace

Pakistan’s Foodpanda only recently announced that they’d begin delivering, following suite after Foodpandas in India, Singapore, Vietnam, and Bangladesh officially made the switch in April 2015. After receiving a flood of requests for help from other local businesses in the food industry, Foodpanda Pakistan decided to capitalize on an opportunity.

It’s not that Foodpanda doesn’t have major competitors to worry about, like Supermeal and Foodgenie, just to name a few. However, their delivery service offers a few unique features that have firmly put them on the map. Customers have the freedom to track their orders through Google Maps, while delivery drivers can track customer addresses as well. This added layer of efficiency has strengthened trust in the company, while simultaneously ensuring speedy deliveries.

It’s difficult to compete with some of the deals Foodpanda offers through their website, foodpanda.pk. With deals as high as 50% off, customers are hard-pressed to find a reason not to place a quick and easy order with Foodpanda.

Foodpanda has also taken advantage of technology in other ways to put mouth-watering deals on your computer screen. Their #pizzafiesta campaign on Facebook and Twitter keeps Karachi in the know about all the best pizza deals in town.

Off the web, Foodpanda has hosted several food festivals which proved successful. A recent study found that Karachi residents were the biggest pizza lovers, with 60% of Karachi food orders being pizza. Taking advantage of this, Foodpanda launched the Great Nationwide Pizza Festival, getting various pizza shops involved, like Zurrain Farhan, Manager at 14th Street Pizza, who was thrilled at the success of the event.

Giving Back to the Community

Foodpanda recently participated in World Food Week, an annual campaign that provides food for those living in poverty. The campaign was incredibly simple and successful, requiring participants to comment on a social media post in order to donate. Pakistanis chose the food they wanted to donate, commented with the name of the food, and Foodpanda would donate 1 kilogram to the Edhi Foundation in their name. This widely-hyped campaign showed how a startup’s participation in social campaigns can propel brand awareness.

Foodpanda’s rise to fame is no surprise, considering the rapid scaling that has taken place in Pakistan over the past year. In May 2015, the company raised another 100 million USD in funding from Goldman Sachs. Just a few months earlier, they acquired 24h.ae, a delivery business operating out of the United Arab Emirates.