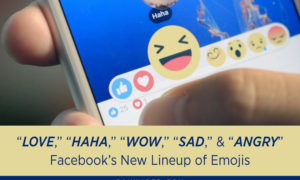 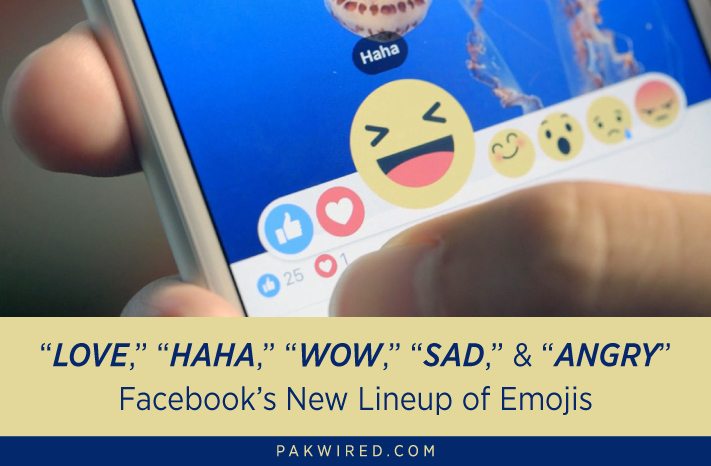 How do you feel when you see something scary?

How do you feel when you are mad at something?

How do you feel when you experience something sad?

These are only a few of the many emotions experienced by humans.  But Facebook gave us only ‘LIKE!’ right?

It’s been a long time coming. FB users have been asking for more emoticons for a long time and finally, Mark Zuckerberg paid heed to their desire. Till now, users could only like a post, comment or use stickers but it just wasn’t enough to express the wide range of emotions during communication.

How the Five Emojis were Born?

Once it was decided that new emotions will be added, the toughest challenge was to decide how many and which icons to use. They had to keep it simple. “It was really important that we made the thing people do billions of times a day [i.e. like a post], not any harder,” says Julie Zhuo, a product design director at Facebook. The design team reached out to an expert for help with selection. Dacher Keltner, a professor of social psychology at UC Berkeley, had previously helped them develop stickers. He suggested that to encompass the complexity of human emotions, they would need 20-25 icons. This just wasn’t possible. So, the team turned to FB users and selected a group of users from around the world and studied their use of stickers, emojis and comments to find the most commonly used emotions. The process of distillation brought them the final lineup.

Finding Home for the Newborns

After overcoming the selection challenge, the next tough bit was to find a spot for the five in an already limited space. They initially placed all six including Like under each post but that made it cluttered.  Then they combined all emojis under a single word, Reaction, but that defeated the purpose of expressiveness. Finally, they came up with a better solution and presented the three most commonly used emotion icons under every post and users can see the complete list by clicking through.

What’s the Deal with Emojis Anyway?

Human emotions are quite complex and require a range of communication mediums for expression. Verbal communication is the primary medium for expressing emotions; however, this medium relies significantly on non-verbal gestures as well. Since a large part of our interactions and communication takes place in the digital realm, there had to be ways to express ourselves digitally. Emojis are now a major form of emotional expression in the digital world.

“Emoji (絵文字えもじ, Japanese pronunciation: [emodʑi]) are ideograms and smileys used in electronic messages and Web pages. The characters, which are used much like ASCII emoticons or kaomoji, exist in various genres, including facial expressions, common objects, places and types of weather, and animals.” Wikipedia.

“At the forefront of the research into emoji use today is Stanford-trained linguist Tyler Schnoebelen. By analyzing emoticon use on Twitter, Schnoebelen has found that use of emoticons varies by geography, age, gender, and social class—just like dialects or regional accents. Friend groups fall into the habit of using certain emoticons, just as they develop their own slang. “You start using new emoticons, just like you start using different words, when you move outside your usual social circles,” said Schnoebelen.” (newrepublic.com)

This is all good but we think that there should be a Dislike emoji also because none of these five express the feeling of dislike, which is the antithesis of the original Like.