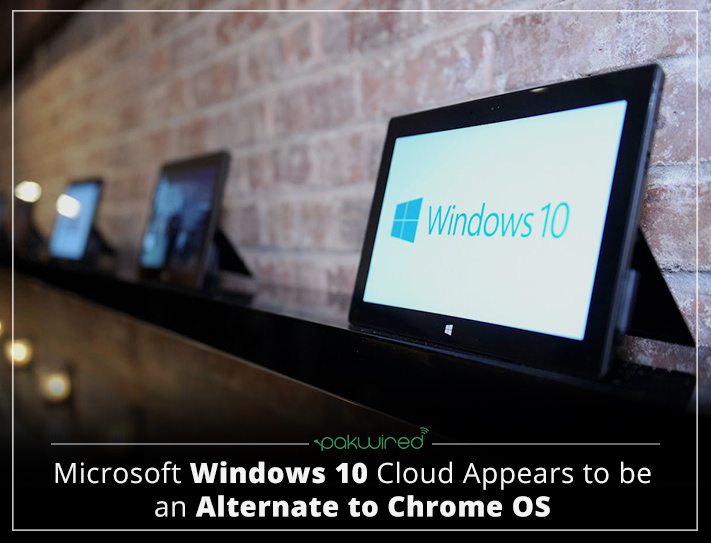 Microsoft has been in the news lately for launching a new version of its operating system: Windows 10 Cloud. Although the company has not officially announced its launch but the recent release of test results to the users of Microsoft’s Insider Program hints at an expected launch of the new OS in the coming months.

The new version of the Microsoft Windows 10 cloud may well be an attempt to replace the Chrome OS. The company has been trying to experiment with this low cost alternative for some time. Its previous efforts have failed a number of times but this time round Windows 10 Cloud seems like a low cost alternative. It could give serious competition to Chrome OS and Chromebooks. As a result, it will either make it available at a very low cost or provide it for free to those who are developing it as their in-built operating system.

This move would allow Microsoft to promote its Bing and Cortana services with a full swing. Moreover, it could also make Windows accessible to cheaper devices.

The inclusion of the word cloud does not guarantee that the new version will be powered by cloud as it still seems unclear. However, the company would create bundled services including Bing and other less performing services.

No Timeframe is Communicated Yet

Microsoft has not clearly given any timeline for the suggested launch. However, the references from the release hint that we can expect the new version to arrive as soon as April this year. The company might also test a new version along with the second update to Windows 10. Additionally, this initiative is expected to be delivered by the later part of the year.

Microsoft also stated that it plans to add desktop apps into its mobile ARM processors by the end of year as well.