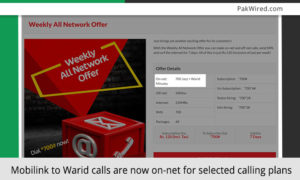 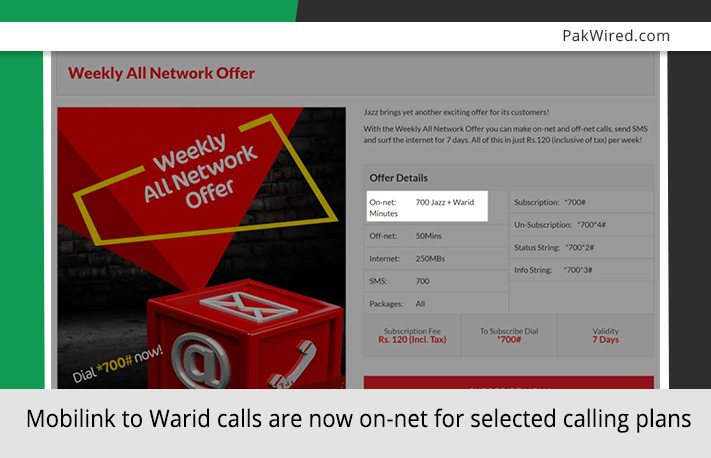 Both telecom operators, Mobilink and Warid are currently in talks of integrating their departments and other operations especially after the successful completion of Mobilink-Warid merger. As a result, Mobilink has decided to call ‘Mobilink to Warid’ calls as ‘on-net’ for selected calling plans, reported by ProPakistani.

For starters, Mobilink is offering on-net calls to Warid on selected prepaid and postpaid plans. However, it is projected that the telco giant will begin this feature on all Jazz packages in the near future. 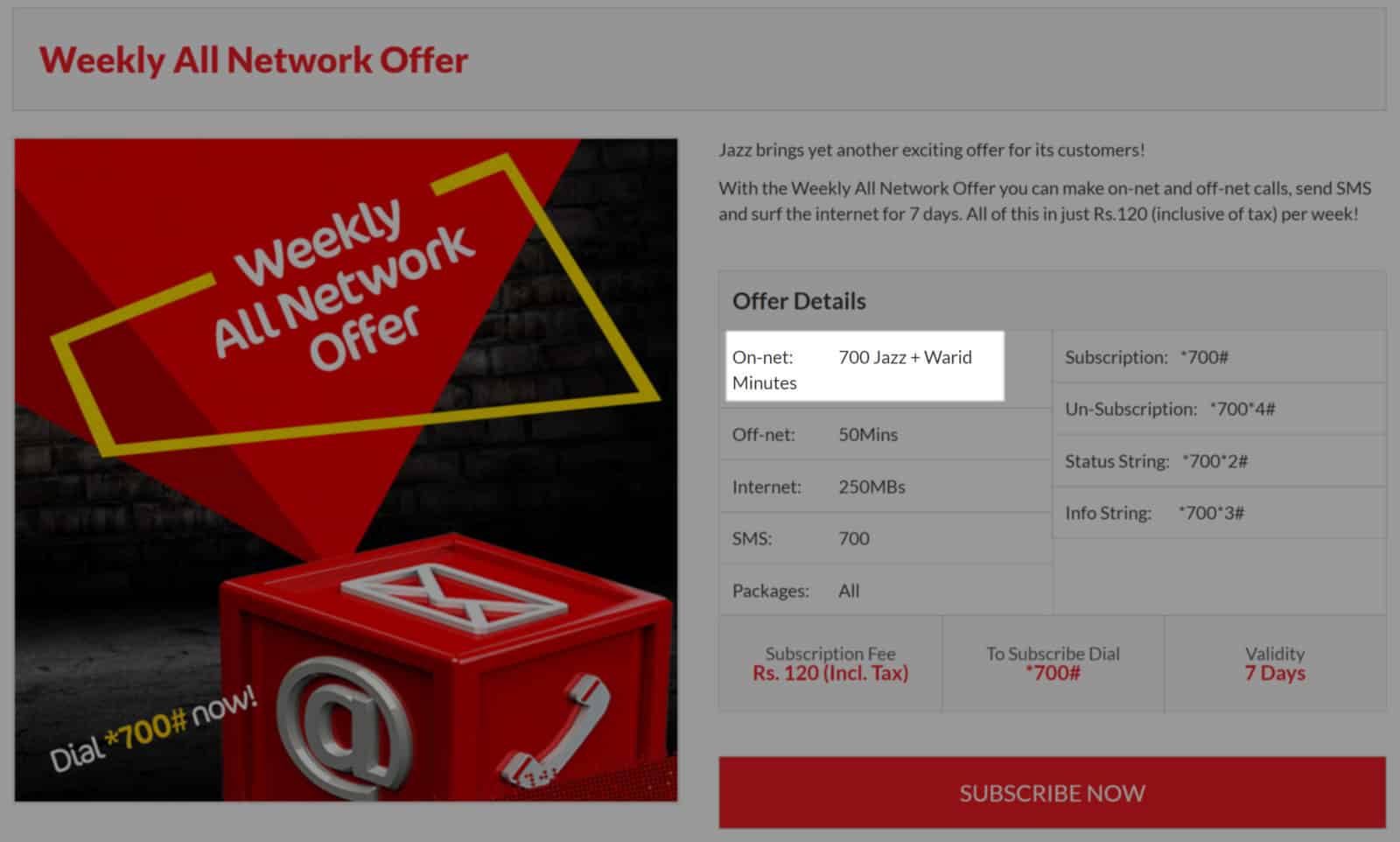 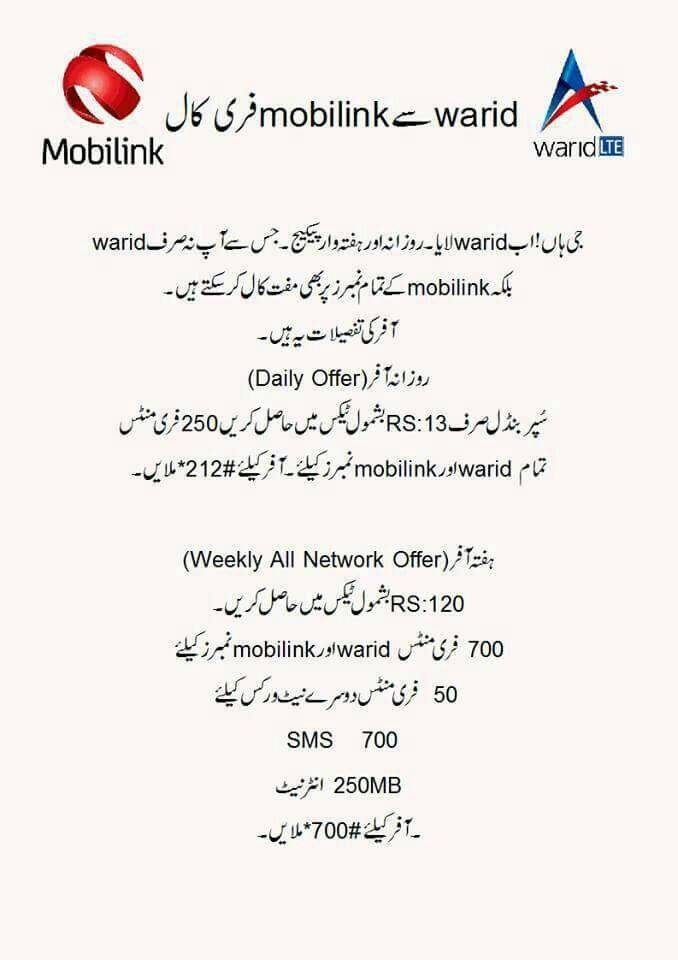 It is worth to mention that the entire Mobilink-Warid integration will take some 6 to 9 months. Once both telecom operators get merged then all Mobilink and Warid customers will come under one umbrella. There will be singular calling tariffs besides on-net calls for all Mobilink to Warid and Warid to Mobilink numbers.

It holds great significance to state that the users will retain their current SIM numbers. However, they will be part of a single entity and collectively they will fall under a much bigger brand.

After the integration, a single company which will be operating under the name of Mobilink. It will have whopping 50 million customers. In addition, the customers will have multiple on-net call options.

Keeping in mind the integration, Warid telecom now has 3G coverage. Additionally, Mobilink is also trying to expand its reach by offering 4G services on its network.

Note: Mobilink to Warid on-net calls are currently available on the aforementioned prepaid and postpaid packages (as can be seen in the pictures).