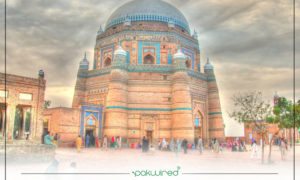 In a contest to acquire 6th Pakistan Super League (PSL) team, there were 10 bidders in total. As a result, Dubai-based Schon Group successfully managed to meet the reserve price of $5.2 million per year for an eight year contract to purchase Multan. Therefore, the total worth of the contract is whopping $41.6 million. Subsequently, Multan becomes the most expensive team of the PSL and it will be the sixth team to participate in PSL-3 next year in 2018.

The news about Multan becoming the sixth PSL team was made by the official Twitter account of PSL:

In terms of population, Multan is Pakistan’s fifth largest city. The city is known for its rich Islamic and Sufi tradition. In addition, it is also known as City of Saints. Legendary cricketer and the current chief selector of Pakistan Cricket team, Inzamam-ul-Haq also hails from Multan.

Also Read: This is how Twitter paid tribute to Misbah and Younis

The other teams of PSL and their prices are:

Schon Group is owned and managed by Nasir Schon and his two sons, Ashar Schon and Daniyal Schon. All of them have their family roots in Pakistan.

The addition of Multan in the PSL means that the number of matches will also be increased in the PSL-3 which will take place next year. The Chairman of PSL, Najam Sethi is targeting to host at least 4 PSL matches in Pakistan next year.