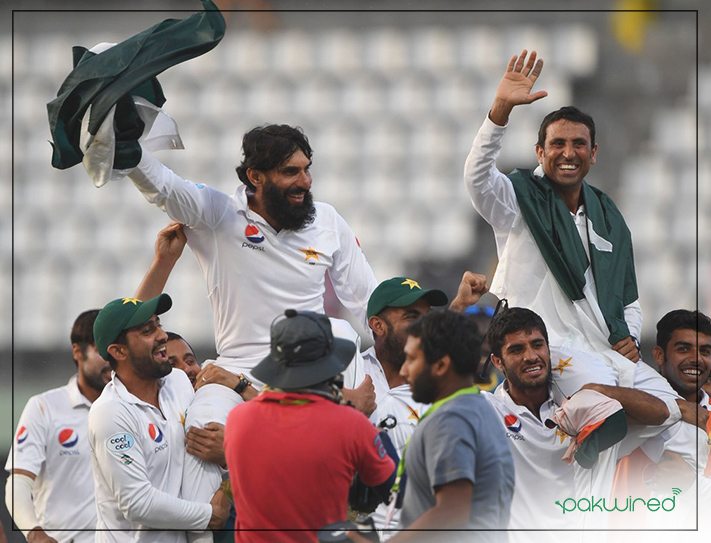 Both Misbah and Younis received hearty appreciation from all across the world. Whether it was Sri Lanka’s legend Kumar Sangakkara or Australia’s dashing opener Matthew Hayden, the loveable duo got sincere respect and affection from every one of them.

This is how the Twitter world reacted on the retirements of two Stalwarts, Misbah and Younis:

Shabash Boys .. What a historic test series win for Pakistan! This one is for Pakistan & #MisYou. Kudos to WI for putting up a gallant fight

Congratulations to Misbah & Younis on their magnificent and brilliant careers. You both are great mentors for the youth of Pakistan! 👏🏻👏🏻👏🏻

Congratulations Misbah and Younis on your magnificent careers. You both have been outstanding ambassadors for Pakistan cricket. #ClassAct

Was solid grit from the West Indies. Test Cricket at its best. Brilliant effort from Chase but Misbah, Younis get a great farewell gift.

Wonderful careers for @captainmisbahpk and Younis. They will be missed. Together they raised @TheRealPCB to greater heights. All the best

Waking up to the news of a Pakistan win. And their greatest loss. #MisYou

Do you have anything to add for Misbah and Younis? Feel free to comment below!