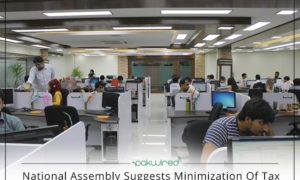 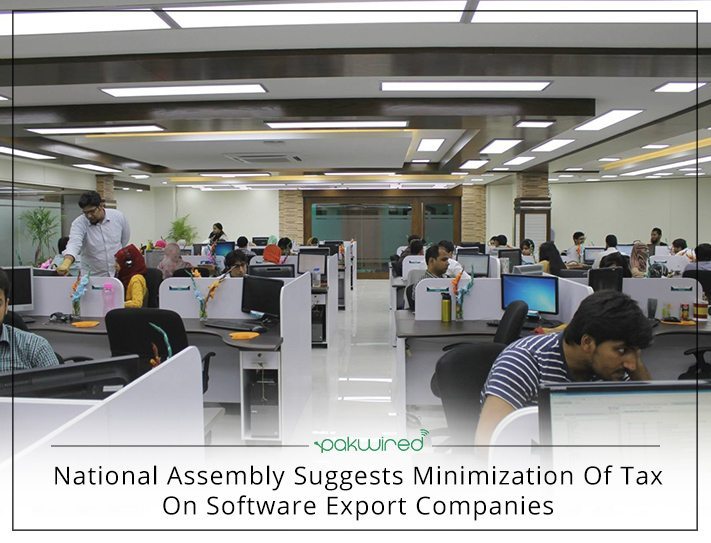 The National Assembly’s Standing Committee on Information Technology and Telecommunication has suggested a minimum tax on software export companies.

Also Read: First ever by PSEB – IT awards 2016 announced

Supporting the proposal, Captain (R) Muhammad Safdar – Chairman of the committee said that the software export companies should be imposed with minimum levy.

However, MNA Farhana Qamar and the Ministry of Information Technology and Telecommunication rejected the proposal. They said that the investor would be discouraged from investment in the IT sector because of the amendment.

The government will take the final decision when it will draft the budget for year 2017-18.

A sub-committee of the Standing committee proposed a report with respect to “Performance of Pakistan Software Export Board (PSEB)”.

The sub-committee after reviewing the performance of the Pakistan Software Export Board came up with the following suggestions:

The committee suggested that there should only be one post of Director in Pakistan Software Export Board (PSEB) instead of six. If necessary, the remaining five posts could be provided for Managers that would work under that single Director.

Additionally, the committee advised that the PSEB officials should follow that the eligibility criteria of qualification while recruiting the post of Director. The recruitment should be done according to the rules and regulations of the organization.

In addition, the committee also advised that in order to gain more profitability and professionalism, PSEB authority should complete the pending projects/deals in time.

In order to lure local and foreign investors and increase the IT exports, the committee recommended PSEB to maintain a strong foundation. It also directed PSEB to utilize social media and conduct foreign visits, seminars etc to spread public awareness in this field.

Besides the aforementioned recommendations, the committee also suggested that PSEB should develop contracts and increase links with foreign IT companies by using commercial counselor abroad. This will help in increasing the foreign investment in Pakistan.

Committee advised the PSEB to indulge young IT graduates to explore their talent through PSEB. It would help in developing the capacity and standard of the organization. It also stressed that IT Parks cannot harvest result or even work without IT software personnel.

The standing committee approved the suggestions.