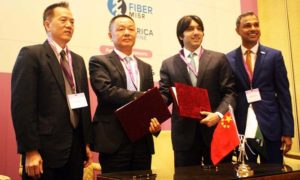 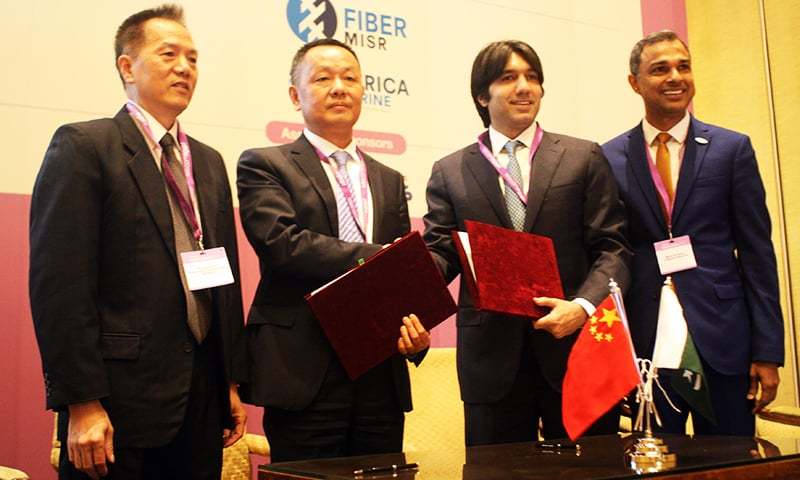 In a breakthrough development, an agreement is inked between Cybernet Pakistan and PEACE Cable International Network Company Ltd. The agenda of the contract is that the new submarine cable system will enhance the internet capacity in Pakistan by 96 terrabits per second. Moreover, it will be Pakistan first and foremost carrier-neutral, open-access submarine cable system. An MOU (Memorandum of Understanding) was signed between the two companies in 2018. However, the contract was finally signed on 16th April in Cairo, Egypt.

The new submarine cable system will deliver critical interconnectivity across major economic corridors of Asia, Europe and Africa. In addition, it will also have its landings in Djibouti, Egypt, France, Kenya and Pakistan. It is pertinent to state that the first phase of the project will connect Asia, Europe and Africa and by the first quarter of 2020, the project is estimated to be completed.

According to a press release statement:

“It is a 12,000-kilometre-long, privately owned cable system that provides an open, flexible and carrier-neutral services for its customer”

As per the statement, the high-end project would empower carriers to stretch out gigabit speeds to the local population. Furthermore, it will be instrumental in gathering the exponential growth in transfer speed request from mobile and fixed broadband users in Pakistan and neighboring nations.

“The system design will adopt the latest 200G technology and WSS technology, which provides the capability to transmit over 16 terrabits per fiber pair, servicing growing regional capacity needs”

Also Read: How Pakistan’s IT and tourism industry can work together to boost the national economy

While speaking at the ceremony, the CEO of Cybernet Pakistan, Danish Lakhani stressed that the new submarine cable system will have an “outsized impact on the digital landscape in Pakistan”.

“With its ultra-low latency design, the cable will cut down transit time between Pakistan and France to under 90 milliseconds — dramatically improving the response time of internet-based applications and the experience of our users. The cable will also bolster the redundancy of our country’s connectivity to the rest of world”