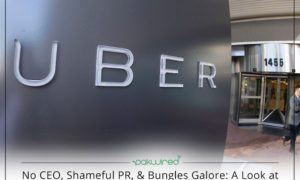 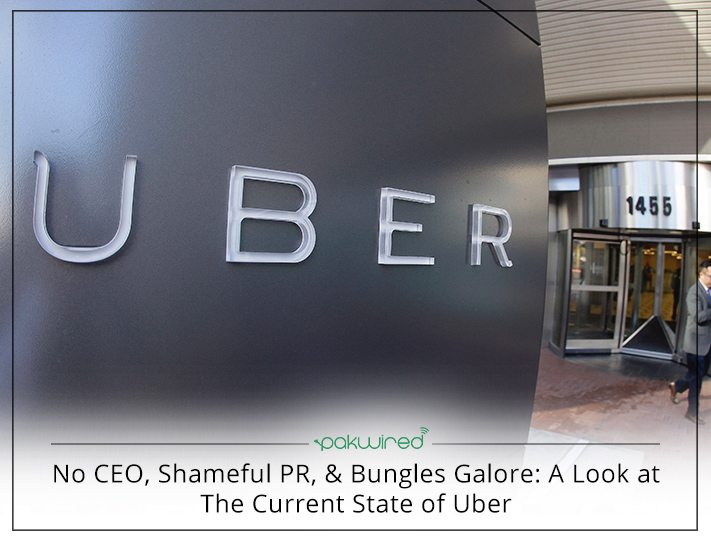 Uber has been at the forefront of the revolutionary ride-hailing industry. Though it faces stiff competition from the likes of Careem, Lyft and many others, it maintains it’s hold as the largest of the pack. Whilst we can’t dispute the positive impact Uber has had being an industry-titan, the focus of this article will be on the recent events and review how far the board is accountable for the current state – a state which has its board members red-faced and and many of us wondering how a company of its size and influence can do so much right paradoxically doing so much wrong.

Uber started in the ride-hailing sector and has expanded into food delivery and logistics though the taxi element of the popular start up remains the major part of the business. Valued between $60-$80 billion, it is by no means a push over and many people would still label it as the most aggressive start up in the world. The aggressive expansion coupled with high-cost marketing drives and initiatives are behind the success of Uber and Travis Kalanick (TK), ex CEO must be given credit for the success of the company. He’s recent departure and company bungles of late however, make one wonder what price was paid for the said success.

One thing for sure though, is that the buck stops at leadership. And with all the success, the failures must also be attributed to TK. Or should they? It is proposed that members of the Board at Uber seemed to take a lackadaisical approach and it is possible that had they acted earlier and stepped in, it would have saved the company the embarrassment / bad PR whilst TK may have still been the CEO. This begs the question, are the board accountable for the problems that Uber is facing? Did they know and ignore the problems in the hope they’d be ‘handled’ by the CEO or did he paint a picture that was more colourful than the grim reality?

For those unaware of the timeline of events in Uber, they are listed as below (descending order):

June 2017: CEO resigns
June 2017: Board member makes sexist joke in meeting (extremely bad timing due to recent sexual harassment claim)
June 2017: CEO takes leave of absence
June 2017: An Executive is fired after he accessed private medical records of a victim who was raped in an Uber
June 2017: 20 employees fired after an investigation on sexual harassment and culture within the company
April 2017: Leaked news on ‘Hell’ – a program which ‘spied’ on drivers that worked for Uber and Lyft. The purpose was to lure the drivers away from Lyft
March 2017: CEO and senior members visit escort bar whilst in Seoul
March 2017: CEO caught on tape berating driver when driver challenged him on the lack of money being made driving for Uber
March 2017: News of ‘Greyball’, an app to deceive local law enforcement which has led to a criminal case against Uber
February 2017: Google filed lawsuit accusing Uber of ‘calculated theft’ of it’s autonomous vehicle technology
February 2017: Sexual Harassment Claims by a former female engineer prompts Uber to hire an independent law firm to investigate
January 2017: Paid $20 million in settlements in relation to false advertising claims

This is only in 2017 and one can’t overstate the significance of these instances. It shows two things – (a) problems, although revealed recently, span a number of years so are not a result of ‘a bad day at the office’, rather, a continuos systematic failure (b) a culture of behaviour that is in complete disregard of ethics, morals and on some occasions, the law. Further, if such things were going on in the company, one would assume that the cracks would’ve began to show internally, and if they did, why they were not being dealt with.

At some point, the board would have known about some, if not most of the issues being faced and the solution was not good enough or the problem ignored. David Heinemeier Hanson (DHH) believes it is the latter, and that the board only pushes for TK’s resignation when there was no other choice:

But let’s not kid ourselves. Kalanick didn’t get the boot because Uber’s board had some ethical epiphany. They presided over his misdeeds for years. Fat, golden years steered by toxic leadership and fueled by depraved acts.

It’s difficult to argue with DHH’s opinion as the facts seem to go against the board and TK. The question however now is, when will someone call the board to hold account. The board have announced a ‘180 days of change’ initiative but is it too little too late? Further, what remains of Uber? Well, the incumbent CEO has a lot of work to fix the culture and image of Uber, one of an unethical mega-rich corporation that will stop at nothing to get what it wants. The loss of custom may not be too impactful, but I believe the investors (current and future) hold the key to the longevity of Uber. If the company can rise from it’s current predicament, it will only do so if they can convince them that it has changed its ways.