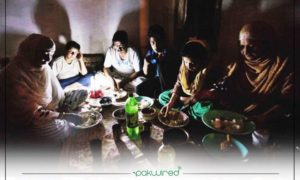 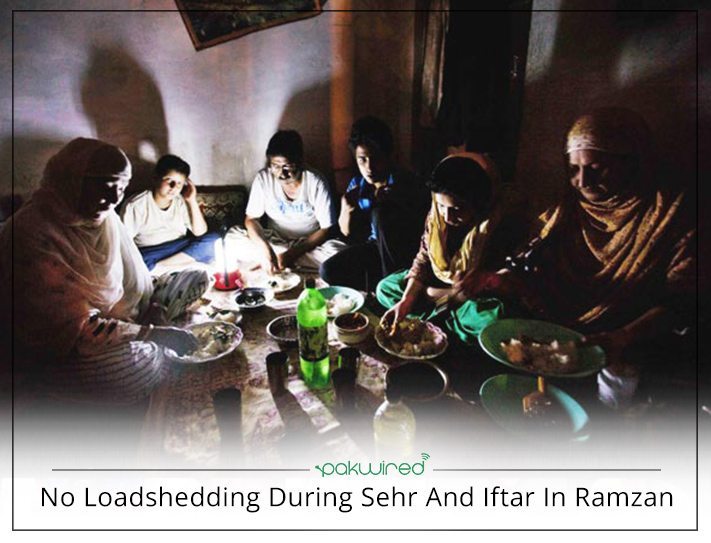 While the country is well on its course to be hit by the worst summers and a massive electricity shortfall, there is going to be no loadshedding during sehr and iftar hours in Ramzan.

As per the announcement made by the Minister of State for Water and Power Abid Sher Ali at the national television network PTV a few hours ago, the government will ensure uninterrupted supply of electricity to the citizens across Pakistan during the busiest Sehr and Iftar hours during the holy month of Ramzan. The announcement has come on the heels of the notice the Prime Minister took on Monday, of the excessive electricity shortfall resulting in hours of unscheduled power failures across the country. The Premier had expressed his displeasure at the relevant authorities over the execution of the current load management plan, implementation status of planned and ongoing energy projects and situation of the transmission system.

Talking to PTV, the Minister said that the government is utilizing all its resources to promptly execute the ongoing hydel, coal and gas projects for new power generation. The said projects, the Minister stressed, are the means to cater to the energy shortage in the country.

Commenting upon the current shortfall of electricity that has been a reason of unrest throughout Pakistan, Abid Sher Ali said that measures are being taken to provide relief to the suffering. He informed that it is part of the measures to make sure that Pakistanis be facilitated to have uninterrupted access to electricity during the Sehr and Iftar hours in the approaching month of Ramzan.

With government’s special focus on the thermal power generation, the Minister pointed out that huge coal reservoirs are available in the country, especially in the southern region. He expressed government’s intent to make good use of the rich coal resources in the Thar region by initiating various power plants in the region. The Minister, however, did not share how would the government be able to pull off the task when it is already standing at the brink of the election year.