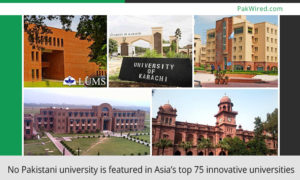 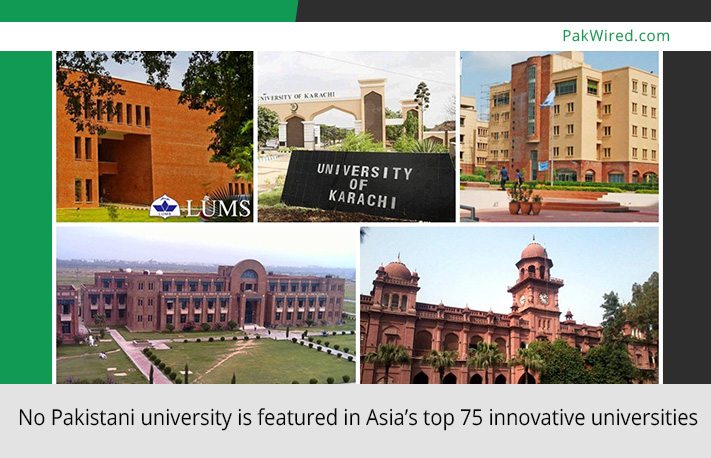 Pakistan is still far behind in terms of the education standard as compare to other countries in Asia. Reuters has recently published a list of 75 most innovative universities in Asia. Surprisingly, not a single Pakistani university is featured in the list which indicates an alarming signal.

The top 75 educational institutions are playing a vital role in the advancement of science and technology. Moreover, the universities further help in driving the global economy.

Asia is the largest area on Earth. The continent contains the most populated countries in the world. In terms of population, China is ranked No. 1 while India is on No. 2 position. The current population of Pakistan is 193 million which makes them No. 6 in the world. However, the list is dominated by countries with relatively less inhabitants.

Japan and South Korea stand out

10 of the top rated innovative universities in the world are from Japan and South Korea (5 each). When it comes to top 20 universities, then these two countries featured in 17 categories. China also grabbed two positions whereas one of the Singapore universities managed to feature in the list.

Two of the India’s universities also got featured in the top 75 innovative universities at 71st and 72nd position. Pakistan and Bangladesh are completely missing from the list. Even though the former two countries are hugely populated but they still couldn’t make the list.

In addition, none of the institute from Philippines and Vietnam featured in the list even though both the countries have region’s largest economies.

The ranking of the universities is based on the level of institution, according to the Reuters. It indicates that there might be innovative departments or world class laboratories in certain universities which have not been shortlisted for the institutional level innovation.

Do you think it is a matter of concern for Pakistan to not appear in the top 75 innovative universities in Asia?