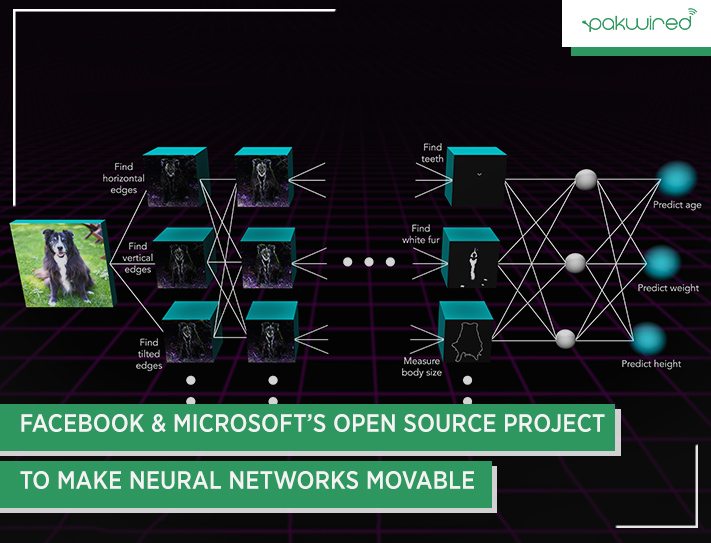 Facebook and Microsoft have launched a new joint initiative of developing an open source project that will create a shared model representation. This model will work on neural networks and on different programming frameworks. The project is named as the Open Neutral Network Exchange (ONNX) which will provide model sharing facility across Cognitive Toolkit, PyTorch, and Caffe2.

There are multiple issues in the machine learning system these days and ONNX is claiming to solve one of those issues. There are numerous frameworks currently available for setting up, rolling out neural networks and also for machine learning but most of them are diverse and unable to sync with each other.

Facebook has the option to export a trained model developed with PyTorch and later use it with Caffe2. It is a very logical step to select an already developed model created in research and produce it in conjunction with Caffe2. In addition, Microsoft is also coming up with a new version of Cognitive Toolkit (called CNTK) that smoothly integrates with ONNX.

How does the system work?

The mechanism of this system works by tracking how neural networks execute at real time. Additionally, it also tracks how they use this information to develop a computation graph which is movable. This process is pragmatic because most of these frameworks generate almost similar results, primarily, in terms of computation. Nonetheless, there are differences in their higher level representation.

The only catch with ONNX is that it is not compatible with very famous machine learning frameworks such as TensorFlow (from Google) and Amazon’s MXNet.

Facebook has announced that it plans to make some changes to its own systems in order to provide its support to the project. Both the tech giants, Microsoft and Facebook are hoping that the community of open source will extend its support to ONNX so that the project can evolve with time.

We invite the community to join the effort and support ONNX in their ecosystem. Enabling interoperability between different frameworks and streamlining the path from research to production will help increase the speed of innovation in the AI community.