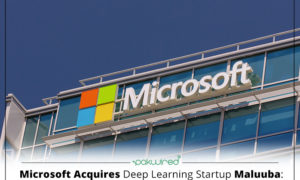 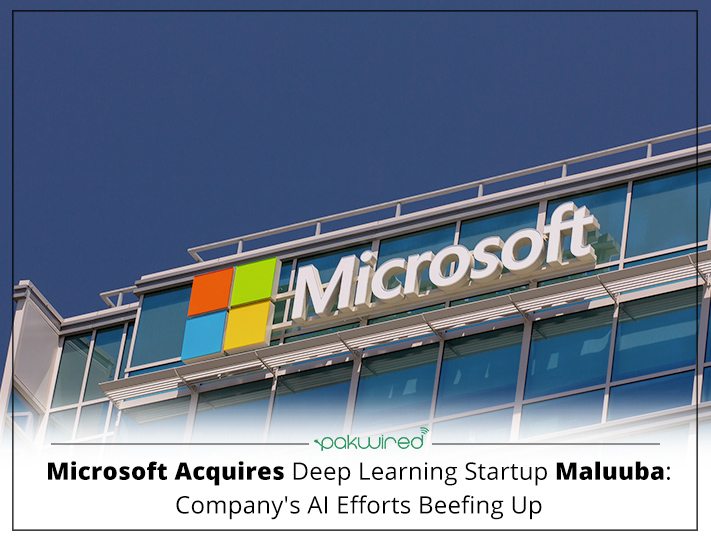 Over the weekend, tech giant Microsoft revealed that it has bought Maluuba – a Montreal start-up which focuses on Artificial Intelligence (AI). The agreement between the two companies will enable one of the advisors at Maluuba to give advice to Microsoft.

While announcing the acquisition, Microsoft in its blog post stated:

“We’ve recently set new milestones for speech and image recognition using deep learning techniques, and with this acquisition we are, as Wayne Gretzky would say, skating to where the puck will be next — machine reading and writing”

“Imagine a future where, instead of frantically searching through your organization’s directory, documents or emails to find the top tax-law experts in your company. For example, you could communicate with an AI agent that would leverage Maluuba’s machine comprehension capabilities to immediately respond to your request. The agent would be able to answer your question in a company security-compliant manner by having a deeper understanding of the contents of your organization’s documents and emails, instead of simply retrieving a document by keyword matching, which happens today. This is just one of hundreds of scenarios we could imagine as Maluuba pushes the state-of-the-art technology of machine literacy”

Founded in 2011, Maluuba is based out of Montreal and Waterloo in Canada. It focuses on profound learning for natural language processing for developing computers that can think like humans. Essentially, deep learning is an answer to AI which is presently trending. Moreover, it has driven far-fetched improvements over the last 5 years in the very field.

The acquirement will empower the software giant with yet another tool which is capable of competing against rivals like Google, Facebook and Twitter. One of the key features of Maluuba is that its emphasis is constantly on the improvement of computer systems’ ability.

In addition to the aforementioned traits, deep learning usually involves training artificial neural networks on plenty of data. The data could be anything including images, and getting them to make inferences about fresh data. Subsequently, it can be utilized for number of purposes including speech recognition.

Microsoft has announced that it is currently planning on the strategy that it will develop with Maluuba in next few months. Executive Vice President of the recently formed AI, Harry Shum stated in a blog post:

“Maluuba’s expertise in deep learning and reinforcement learning for question-answering and decision-making systems will help us advance our strategy to democratize AI. Moreover, it will help us in making accessible and valuable to everyone — consumers, businesses and developers”

It can be safely said that Microsoft has invested a big chunk at the right place. The significance of AI cannot be ignored since all key tech giants are investing substantial resources in AI research and product development.