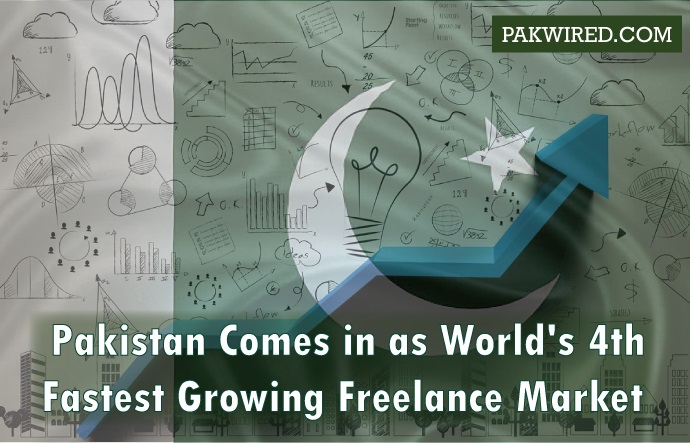 Dr Umar Saif, ex-Punjab IT Board (PITB) head says he was met by skepticism when putting together the e-rozgaar program which aims to skill up youth enabling them to freelance. Payoneer has identified Pakistan as the fourth fastest growing freelance market and no doubt e-rozgaar had a part to play in that. Let’s take a deep dive into the report by Payoneer for more information.

Payoneer is a leading cross-border payment platform designed to help freelancers in getting paid. They boast over 4 million users in 200 countries who are using over 150 currencies.

Compared to the same time last year, there has been a 42% increase in Pakistani Freelancers. The report states that 70% of the newcomers are under the age of 30. Mohsin Muzaffar, head of Pakistani Business Development for Payoneer notes :

Asia, by far, lead the growth race for the freelancer market. Pakistan along with the Philippines, India, and Bangladesh collectively recorded 138% increase from the same period last year. The reason for the success? The report suggests the common denominator being an increased investment in technical education by these nations. Miguel Warren, Regional Manager South-East Asia, Payoneer adds:

“Local governments know that education is the key to thriving in the 21st century global marketplace. In the Philippines, for example, the Department of Information and Communications Technology provides technical training in rural areas throughout the country.”

The report endorses programs like e-rozgaar by PITB to be one of the reasons for the growth seen in Pakistan and South-East Asia.

It’s heartening to see Pakistan growing in the freelance market coming in at 4th place, only 1% under Brazil at 3rd place. Hopefully another 12 months will help push us to 2nd or 3rd place. The efforts by the government and technical institutions have to be applauded as they play a major role in the success seen. Other nations know the key is to focus their energies on training individuals for the worldwide market and are also working hard on the same things. The future, though challenging, will be beneficial for the overall market growth.