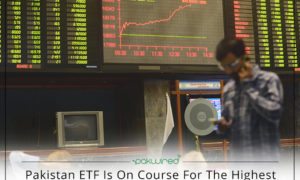 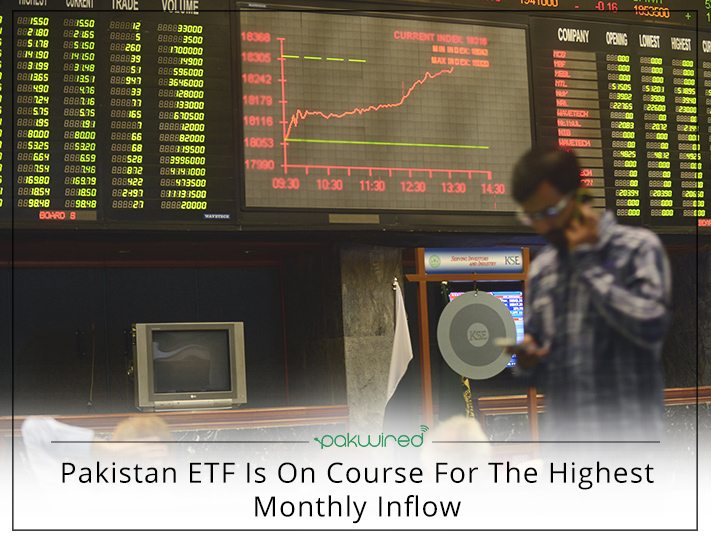 As the stats show, Pakistan ETF, a US listed exchange traded fund dedicated to Pakistani stocks, is all a rage among the investors. This is being seen as a direct consequence of Pakistan’s entry into Morgan Stanley Capital International (MSCI Inc.) as an emerging market. The same index had Pakistan downgraded to a ‘Frontier Market’ (not recommended for suitable investment opportunities) in 2008.

The Global X MSCI Pakistan ETF may end up with the biggest inflow since its inception (2015) after gaining $11.8 million in May. The past week alone has seen more than $1 million short positions cut as investors continue to make bearish bets. The data compiled by Bloomberg also shows initial signs that overseas funds are edging back.

The biggest gains were seen on Tuesday as foreigners bought the most shares in a single day in 2017. This is only the fourth time this year that the country has seen net buyers on its holding. The sentiment remains optimistic and can be directly linked with the country regaining the emerging status on MSCI’s index. 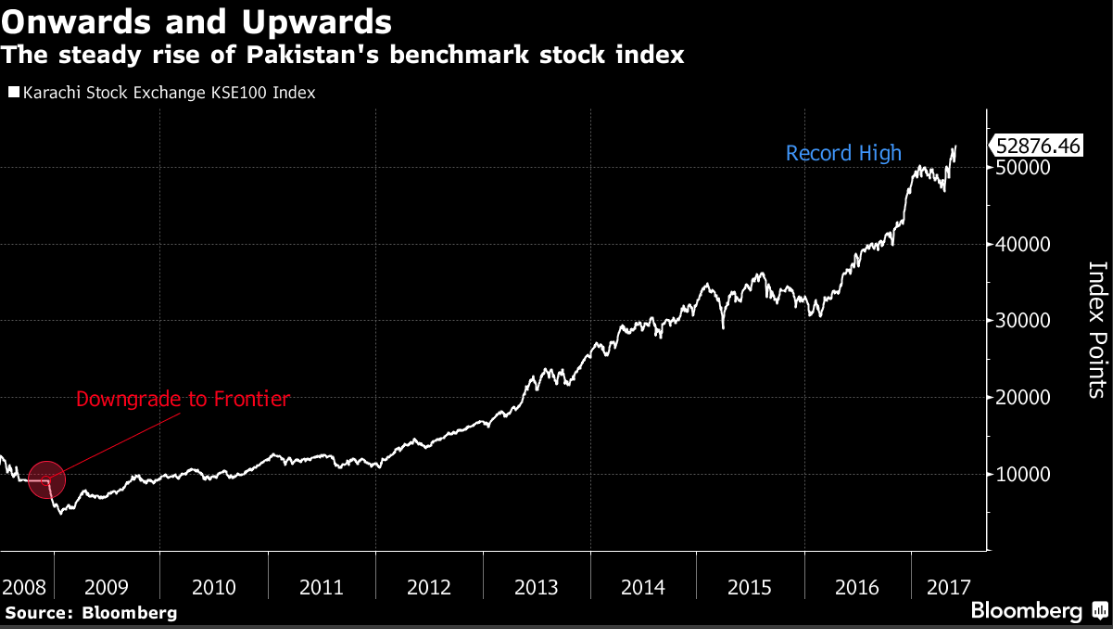 “Pakistan is going from being a big fish in a small pond to a small fish in a big pond. The upgrade will put the country on people’s radars, whereas they wouldn’t have had the desire to invest before.”

The year alone has seen the fund quadruple in terms of volume and is now at $48 million.

The benchmark KSE100 Index registered gains over seven of the eight years since Pakistan’s downgrade to frontier market in 2008. The balance of payment crisis was averted with the help of the International Monetary Fund, and loans from China. The funds value has jumped 46 percent last year, Asia’s best performance, and headed for a fresh record on Thursday.

However, not all investors are bullish about the impending re­classification. Mark Mobius, executive chairman of Templeton Emerging Markets Group, said last week it will continue to treat Pakistan as a frontier market because the country hasn’t improved its corporate governance.

MSCI established 1969, are an independent provider of research-driven insights and tools for institutional investors.  MSCI have deep expertise in the areas of risk and performance measurement that is based on more than 40 years of academic research, real-world experience and collaboration with their clients.