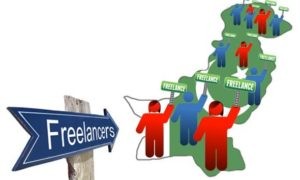 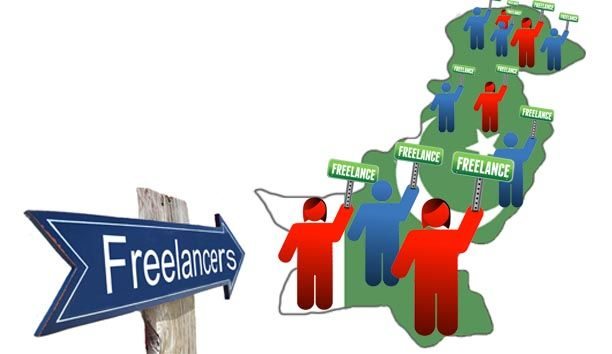 There are few things more empowering and liberating than working for oneself. As the unemployment rate crept upward over the years, reaching over 5% in 2013, many Pakistanis settled into a new kind of employment – freelancing.  And by “many, we mean a lot of people. According to a 2014 report by the International Data Group (IDG Connect), an astounding 40% of Pakistanis have joined the freelancing ranks. Even if this data was over-estimated, there’s no denying the impact freelancing has had within Pakistan’s workforce, particularly over the past 2-4 years.

In 2013, Freelancer.com labeled the US, India, and Pakistan as the nations with the highest number of active freelancers on their website. In the same year, Odesk, one of the largest freelancing sites on the internet, ranked Pakistan as its 5th largest contributor
with over .2 million freelancers registered.

While many are skilled in software development, coding, and web design, having English as a second language has limited the opportunities of many freelancers. Since overseas clients typically offer higher profits, freelancers who are not entirely fluent in English have suffered. Some clients, especially those posting writing and editing gigs, specify that freelancers must have English as their first language in order to work for them. Despite this troublesome situation, many Pakistanis are earning steadily, with over 13 million earned through Freelancer.com alone.

Pakistan’s overrepresentation on Freelancer.com eventually prompted the March 2013 launch of Freelancer.pk, which now has over 13 million users and counting. Unlike some freelance platforms, freelancer.pk sets minimum prices for a variety of jobs including data entry, article writing, and web design.

The most recent company on the scene is Rozgar Pakistan, founded by Hisham Sarwar, who was a successful freelancer himself. Rozgar operates much like the popular platforms ODesk and Elance, allowing employers and freelancers to sign up, post and respond to gigs, and negotiate pricing. The downside to Rozgar, similar to Odesk and Elance, is the pricey $8 wire transfer fee along with the 3.75% charge at the completion of each project. While freelancing has proved lucrative for many professionals, these fees remain frustrating to those just getting started with low-paying gigs.

Along with the aforementioned big guys, independent educational groups for freelancers are cropping up on Facebook and GooglePlus, further exhibiting Pakistan’s growing entrepreneurial spirit and willingness to learn independently. With a whopping 20,000 members, the Pakistani Probloggers group is a community where professionals can discuss problems and learn how to profit from their online content. A similar group, Pakistani SEO & Bloggers, boasts over 30,000 members and focuses on optimizing content for search engines and earning income from blogging.

Pakistani job sites like Rozee.pk have incorporated a variety of freelance positions in their listings, searchable by city. Freelancer Sara Kanwal now offers a small online course for Pakistanis who would like to learn how to get into freelancing.

Much like any independent business endeavor, becoming an established and experienced freelancer takes time and patience. Aside from language barriers, accepting low pay rates is another common practice for newbie freelancers who are trying to break into the field. While this has been a way for Pakistani and other non-English speaking freelancers to collect more clients, it’s not exactly ideal, as it could give the impression that their work is of a lower quality. Pakistanis must continue to raise the bar and aim for reasonably paying gigs. This may help transform their reputation from freelancers who will work for less, to freelancers who command a high income for high quality work. As demand grows for Pakistani IT professionals, graphic designers, SEO experts, and other niche workers, commanding a competitive rate will be the next step in the development of Pakistan’s new tribe of skilled freelancers.