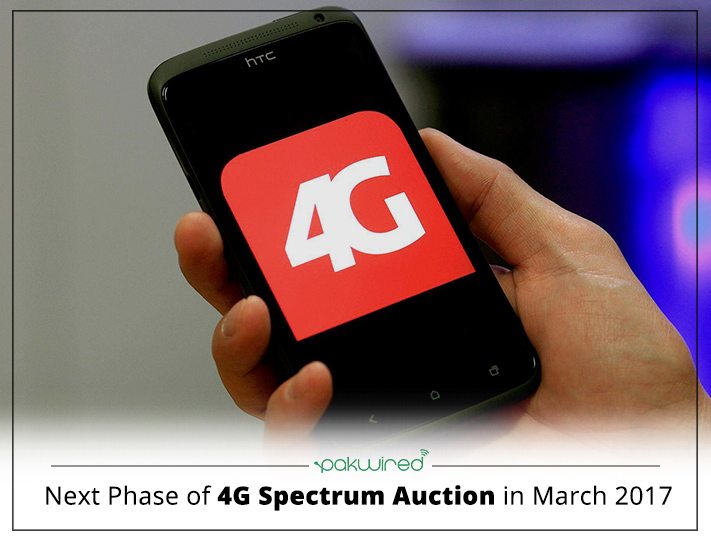 As per the reports pouring in, Ministry of Information Technology and Telecommunication (MoITT) Pakistan is preparing to launch the relevant procedures for holding the remaining 4G spectrum auction. The notion is to conduct the auction among the telecommunication companies of Pakistan by as soon as March 2017.

According to a statement offered by the Ministry spokesperson, all the necessary measures have already taken place in a bid to conduct the auction efficiently and within the specified time period. An Auction Supervisory Committee will be formed for the successful execution of the auction. In addition, they will also manage the overall 4G spectrum auction. The spokesperson affirmed that a proposal has already been sent to the PM office on the same subject. The file is waiting for the approval.

Division of the 4G Spectrum

In addition to winning the 3G spectrum, ZONG also managed to win 10 MHz 4G spectrum in 1800 MHz band. It is noteworthy to state that telecom operator Warid did not participate. However, both Telenor and Warid were able to get hold of 4G spectrums later.

After successfully acquiring Warid telecom, Mobilink also managed to get the 4G functionality. At present, Ufone has been the only telecom operator in Pakistan which does not have any 4G spectrum.

Increase in the Number of 3G/4G Subscribers

Following the successful 3G/4G auction a couple of years ago, there has been a gigantic inflow of users shifting to advance and cutting edge connectivity technologies.

A massive influx of 1.16 million has been observed in the 3G and 4G users database in the month of December last year. The number of Pakistani users (3G/4G) in November 2016 was 36.41 million while it rose to 37.57 million in December 2016. Moreover, PTA has also indicated an enormous upsurge in the number of 3G and 4G users in Pakistan. The data reveals that there have been 8 million new 3G/4G users only during last 6 months.