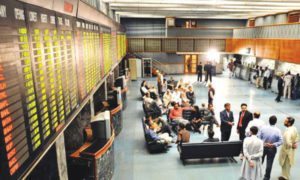 Pakistan Stock Exchange has lately been seen as an attractive investment choice as foreign investors have been purchasing stocks worth $54million since the start of September 2017.

According to a recent report, the first nine months of 2017 amounted to $402million in outflows. These outflows started to reverse from the beginning of September as $54million of inflows have already been purchased in terms of Pakistani stocks.

Back in 2016, Pakistan was among the best performing stock markets in Asia. However, 2017 hasn’t been the same. The Pakistani Stock Exchange has gone through different ups and downs following a zigzag path in 2017.

The KSE-100 benchmark index has already fallen by 25%. The index reached its peak back in May and with continued atmosphere of civil and military rift, the situation kept on worsening.

In June, Pakistan’s status as an emerging market was restored by MSCI, the index provider. In addition, Pakistan re-entered the S&P’s Emerging Broad Market Index in September from the S&P Frontier BMI.

“Foreigners are not as bearish anymore. The majority of foreigners think the market has fallen too much and are either finding value right now or are waiting for a rupee devaluation”

A meeting was conducted with the Prime Minister Shahid Khaqan Abbasi at the Governor House last week. In the meeting, the need for reviving the stock market, one way or the other, had been deeply stressed. The question that arises is how will the Pakistan Stock Exchange be revived in such a crucial situation? The prime minister said that this will be done through bringing Capital Value Tax and other taxes to their previous levels.

The PM was approached by the delegations in the wake of restoring the already suufering stock-market by providing an appropriate financial solution. With the providence of a financial package to the problem, the KSE-100 index increased by 5.62% and reached 42,087.89 points on this Friday.

However, the condition of the current Pakistan Stock Exchange might lead to the devaluation of the PKR; said Exotix in a note to investors last week.