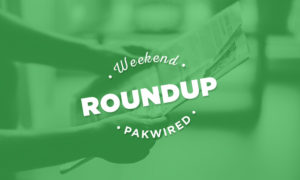 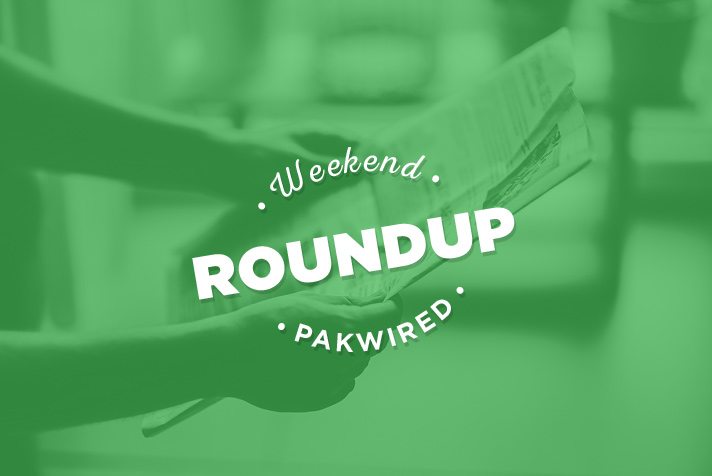 Hello everyone! We’d like to share Episode 1 (our first) in a series of news roundups. We’ll be selecting some of the most important updates and developments happening around the tech world each week and summarizing them for your convenient reading during the weekend. We look forward to your feedback and suggestions for improvement!

Summary: It’s not uncommon for private companies to oppose interference from government quarters over their routine operations. But this development is quite different from what you’d expect. Reportedly, 22 of the world’s leading tech companies are actually concerned about our rights (yes, you read that right. Perhaps customer care is being taken seriously these days). The US Government plans to get a controversial bill approved, known as the Cybersecurity Information Sharing Agreement (CISA). It will make it mandatory for private tech firms to share confidentual user information with US agencies such as the Department of Homeland Security (DHS) which will further have the authority to share it with the Federal Bureau of Investigation (FBI) and the increasingly notorious National Security Agency (NSA). We really wonder how “cybersecurity” can be assured if users’ own rights are violated? Anyhow, what’s encouraging to note is that some of the tech giants opposing this bill include Apple, Google, Twitter and Wikipedia. The downside is that Cisco is among the supporters of the bill. This raises questions over the reliability of Cisco routers among the global community.

2. Google Makes Its First Investment In A Chinese Startup

Summary: Google has made its first investment in a Chinese startup called “Mobvoi”, an artificial intelligence firm which specializes in developing voice-controlled software and interactive products like smart watches. Google’s investment will be minor by stake, though, but it does reveal that the world leader in search engine technology plans to expand its operations on the eastern side of the hemisphere. This news comes as a bit of a surprise because Google CEO Sundar Pichai was conspicuously absent during Chinese President Xi Jinping’s meeting with US tech entrepreneurs and corporations. The fact that Google is banned in China could be one possible explanation. Some sources say he wasn’t invited in the first place. Anyhow, it’s clear that Google is not giving up on China soon and may re-establish a strong footprint there in the near future.

Summary: Does the CIA, NSA, MOSSAD, RAW, FIA plan on compromising your Facebook account or attacking it? Perhaps they might think of something if you’ve been bothering someone or if you’ve pissed them off (heh). Are you a dissident who is challenging the government? Well then, have no fear, Facebook is here! In a recent message, Facebook’s Chief Security Officer Alex Stamos said that users will be notified if Facebook’s security team has reasons to believe it’s coming in the unwanted focus of nation states. In other words, you’ll be warned of something ‘fishy’ going on so you can decide on your next course of action (hey, if this happened to me, I’d immediately pack my bag and run off, lol). Althought Stamos has not shared details of just exactly how Facebook will reason some country is behind a targeted attack, he did inform about the notification method. Facebook will send alerts including messages in users’ inbox urging them to secure their accounts and activating code-authentication via text messages which will also contain a password for added security. This sounds too good to be true but hey, if Facebook says it, it must be true!

Summary: Another CIA Director, another controversy. As if the Petraeus scandal wasn’t enough, CIA’s current Director John Brennan’s personal email address (hosted on AOL) has been hacked, apparently by a 13-year old teenager! The whiz-kid says he isn’t a Muslim but did this ‘in support of Palestine’. The hack initially caused a lot of commotion and WikiLeaks even went so far to publish the account’s email dump. Turns out, the contents of the hack aren’t much significant with some even calling it plain ‘dumb’. Guess it was much ado about nothing! There are, however, questions being raised (legitimate ones); why did the CIA Director store official, if not classified documents, in his personal account? He should look at the humiliation Hillary Clinton is facing and learn some lessons.

5. Google And Udacity Launch A Tech Entrepreneurship Certificate For Amateurs

Summary: If you’re familiar with the basics of programming and want to get quick familiarization with application development, or even if you want to be an all-knowing entrepreneur, Google can offer you this knowledge through an educational partnership with Udacity. The program will offer courses on Product Design, Prototyping, Monetization, App Marketing and How To Get Your App Started. Online coaching, project guidance and career counseling await prospective candidates. Those who successfully fulfill the passing criteria will be awarded with a certificate. The program will take about 4 to 7 months to complete, so if you’re a techie in Pakistan, expect to spend somewhere around roughly Rs 150,000 (1 lakh 50 thousand) for the entire program (monthly fees of $200 or roughly Rs. 21,000). If its Google certified, there must be considerable benefit in it. Google’s program manager for the degree Shanea King-Roberson was quoted as saying that this program is designed to help less technical people learn not just the basics of how to build Android, iOS and web apps but also to create a self-sustaining business model which entrepreneurs can later expand through acquired knowledge.