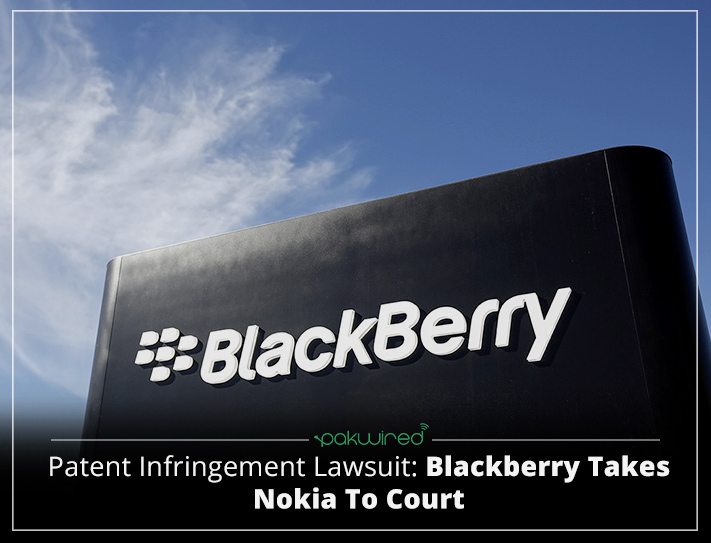 It seems that Nokia’s troubles are here to stay as BlackBerry Ltd. has filed a patent infringement lawsuit against Nokia Ojy. BlackBerry is claiming royalties on Nokia’s products as the latter has been using patents developed by BlackBerry.

The case is between BlackBerry Ltd. Versus Nokia Corp., 17-155, U.S. at the District Court for the District of Delaware (Wilmington).

Some of Nokia’s mobile products which have been using the technology in question, are covered by 11 patents include flexi multiradio base stations, radio network controllers, and liquid radio software, BlackBerry revealed while filing its complaint in the federal court.

The Finnish company’s products and services are extended to companies including T-mobile US Inc. and AT&T Inc. for LTE networks. The complaint filer also said, “Nokia has persisted in encouraging the use” of the standard technology without taking an official license from BlackBerry.

Additionally, BlackBerry is also aiming for compensation as it stated:

However, there was no specification regarding the compensation amount.

Nokia is trying hard to work things out…

Nokia has just returned to the smartphone market by launching Nokia 6 but things aren’t going well for the company. Its CEO is trying every way to bring fresh revenue out of Blackberry’s technology.

BlackBerry revealed that Nokia’s CEO has added some software products through acquisitions while also negotiated some agreement to leverage some wireless technology patents. The Canadian based company also mentioned that Nokia is fully aware of these patents as it has mentioned them in their patent applications.

According to BlackBerry, Nortel Networks Corp., being a telecom giant previously, owned a few patents which Nokia tried to acquire back in 2009. However, its bid failed to meet the offer and Nokia couldn’t own it.

Later, Rockstar Consortium (which included BlackBerry group) bought Nortel’s patents at a price of $4.5 billion in 2011. These patents were divided between the participants of the consortium that also included Apply Inc. and Microsoft Corp.

BlackBerry firmly believes that these patents cover an integral part of a mobile telecommunications standard called 3GPP. Thus, the company has planned to get them licensed on completely fair grounds. It also assured that it would not opt to get a court order to stop the use of innovation.