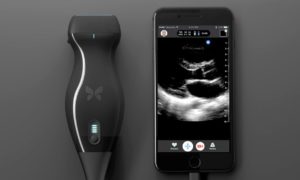 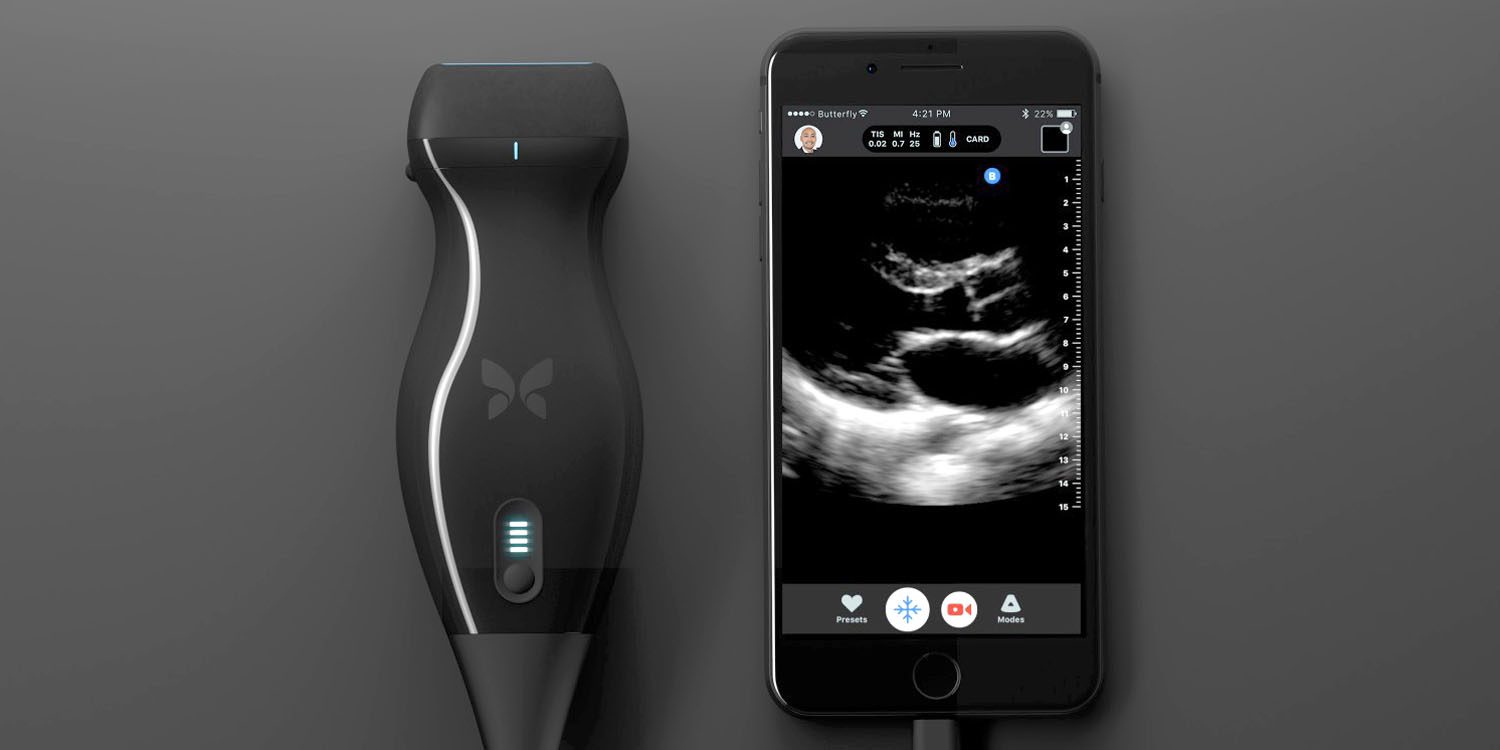 John Martin, a vascular surgeon at the startup tested the product on himself. According to him, he was feeling a little uneasiness in the area around his neck. So he decided to give it a shot. Connected to his iPhone, the ultrasound device showed three-centimeter of dark area. As a doctor he knew that something was wrong there. The area was later identified to be squamous cell cancer.

“Capacitive micro-machined ultrasound transducers have been used instead of vibrating crystals.”

These drums are etched on to a semiconductor chip which has a size of a postage stamp.

“Now we think it’s an individual purchase. This gives you the ability to do everything at the bedside: you can pull it out of your pocket and scan the whole body.”

Ultrasound is one of the most used technology in the medical industry. In an era where a person’s health has also become a way for business, a personal ultrasound machine will be a game changer. Hospitals and other clinics generate big revenue through their ultrasound machines and the availability of a cheaper alternative will surely drive patients towards the Butterfly IQ.

The mastermind behind this great notion of creating a pocket sized ultrasound machine is Jonathan Rothberg. He established Butterfly in 2011 and has been making devices by combining biology to semiconductors. Previously, he invented a method of sequencing DNA on a semiconductor chip.

As an entrepreneur, Rothberg spent 8 years trying to turn his idea into reality. With complete dedication, the concept finally came to life.

Butterfly has developed more than $100 million for the cause. With the market already having ultrasound devices worth $6,000 with older crystal technology, the Butterfly IQ will surely make a change. However, the reduced price of the Butterfly IQ means that the company will need to sell a lot of them to generate profit. Richard Przybala, cofounder of Chirp Microsystems said:

“It seems like they’ll need to drive the volume of ultrasound scanners far beyond what it is now.”

Although the device doesn’t generate results as clear as compared to big ultrasound devices, “the question is whether I can get to a diagnostic answer better,” said John Kendall, ultrasound director at the emergency department of Denver Health Medical Center. He said that as the device is cheap and ‘infinitely’ portable, “it’s not even a fair comparison”.

Read More: A female student from Pakistan has developed treatment to cure Parkinson

The company said that it will take its technology further by implementing AI technology in the device. This will help people with no knowledge of medicine to examine themselves through the machine by placing it over correct areas of their body. By the end of next year, the company is said to implement software which will automatically detect different problems like aortic aneurisms.

With a technology that translates your ultrasound reports, or at least lets you know what’s wrong with you, the results achieved can be quite phenomenal. The device can then be used by people at home. Kendall added:

Martin has gone under radiation treatment and a five-and-a-half-hour surgery following his discovery of cancer in his throat. He stated:

“If you have a window into the body where anyone can afford it, everyone can use it, and everyone can interpret it, it becomes a heck of a lot more than an ultrasound device.”