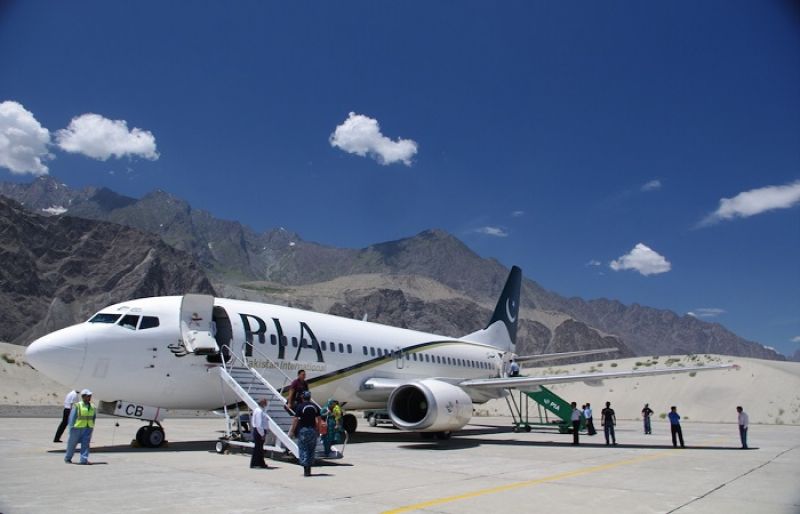 To promote tourism in the northern regions of Pakistan, Pakistan International Airlines (PIA) has decided to start special flight operations from all major cities of the country, including Karachi and Lahore, to Gilgit and Skardu. The national airline has also expressed the intent to offer holiday and weekend packages to the people of Pakistan.

A meeting was held between the Advisor to Prime Minister on Aviation, Sardar Mehtab Ahmad Khan and Chief Secretary Gilgit-Baltistan, Dr Kazim Niaz. The decision to begin special flight operations was also taken at the meeting.

“It was mutually agreed that PIA will collaborate with the regional tourism department. The notion is to promote tourism activities in the picturesque areas”

In addition to the aforementioned development, a decision was also taken regarding the meeting of commercial department of PIA and tourism department of Gilgit-Baltistan. The idea behind is to establish a realistic and rational strategy, offering appealing, economical and different packages to the tourists.

While airing his thoughts, Sardar Mehtab said that special flights from Karachi and Lahore will become functional very soon. Furthermore, cargo service will also be utilized in an effective manner especially for the transportation of fruits and dry fruits of Gilgit-Baltistan to other regions of Pakistan. He said:

Quick Read: PTDC is preparing to launch a tourism channel in Pakistan

He further went on to say that special flights to the picturesque Northern areas will assist in boosting the economy of Pakistan. Additionally, it will also present a positive and soft image of the country to the international community. As a result, it will serve to attract the tourists of other countries to come to Pakistan. The advisor affirmed that all possible measures will be taken to promote tourism activity in the northern areas of Pakistan.

Dr Kazim Niaz appreciated the role of the advisor on many fronts. Moreover, he also thanked him for working together with tourism department to encourage tourism activities in the country.