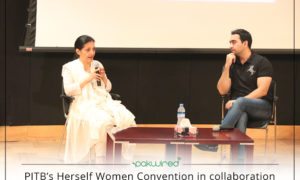 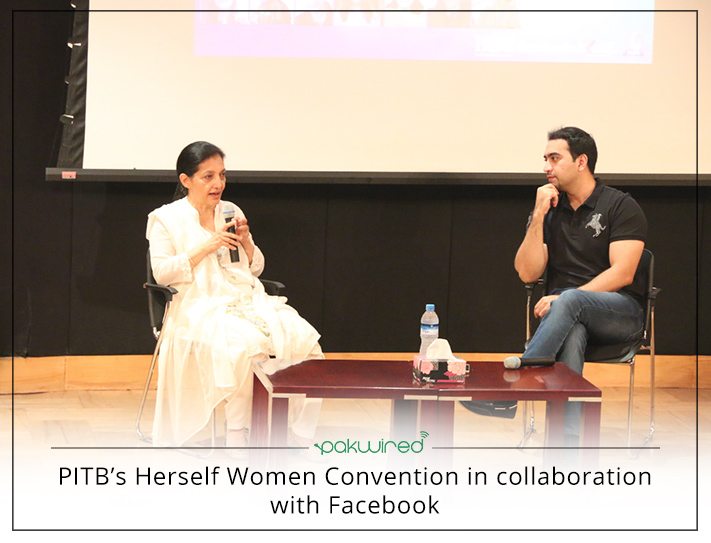 Punjab IT Board’s Herself Women Convention, which was held on the 8th of July at Arfa Software Technology Park, received an overwhelming response. With a turnout of almost 500+ women, this first of its kind convention, highlighted all the right issues and asked for solutions from industry leaders.

Following the theme of ‘Steps towards a progressive nation’, the day was packed with several thought-provoking talk sessions, exciting workshops along with various other activities aimed at educating and motivating women to be an active participant in improving the quality of education as well as choosing from diverse career paths for women in Pakistan.

The convention kicked off with a welcome address by Dr. Umar Saif, Chairman PITB, “We are the 6th most populous country with more than 50% of the population comprising of women. It is our duty to step up and empower them. If we can’t empower females, this country is hard to progress.” The keynote speaker was Dr. Shehla Javed, President Lahore WCCI. After the opening, the convention officially begun with a fireside chat on the ethos of exemplary role of women in leadership positions. This was a candid conversation between Nabeel A. Qadeer, the flag bearer of Entrepreneurship Wing at PITB and Mrs. Seema Aziz, owner of Bareeze and Care Foundation.

The day-long event was a success and women from leading organizations, came in to impart their struggle and wisdom to others. The sessions were quite interactive and the attendees walked away with the sense of purpose and commitment.

The panels were divided according to the theme and each panel represented a step towards a progressive nation. The first panel around education was called Stepping up; followed by a dialogue around role of women in policy making. Panelists representing the third step talked about how women can make a massive impact through media. The last panel was about how women can move this economy forward by pursuing entrepreneurship and leadership roles. Some of the notable panelists included Nadia Naviwala, Author of ‘Pakistan’s Education Crisis: The Real Story’, Fariha Ummar, Manager Women’s Economic Empowerment and Women Leadership at UN Women Pakistan, Sadaf Zarrar, Owner of SiddySays, Selina Rashid, CEO LotusPR, Zainab Abbas, Sports Journalist, Aisha Sarwari who worked for CNN and National Public Radio in the US and USAID.

An attendee at the event, said, “It was amazing, I got to hear stories of how these women have struggled to be at the top and the workshops were quite enjoyable. Learning how to ride a Vespa was very exciting and I have half a mind to get one myself.” 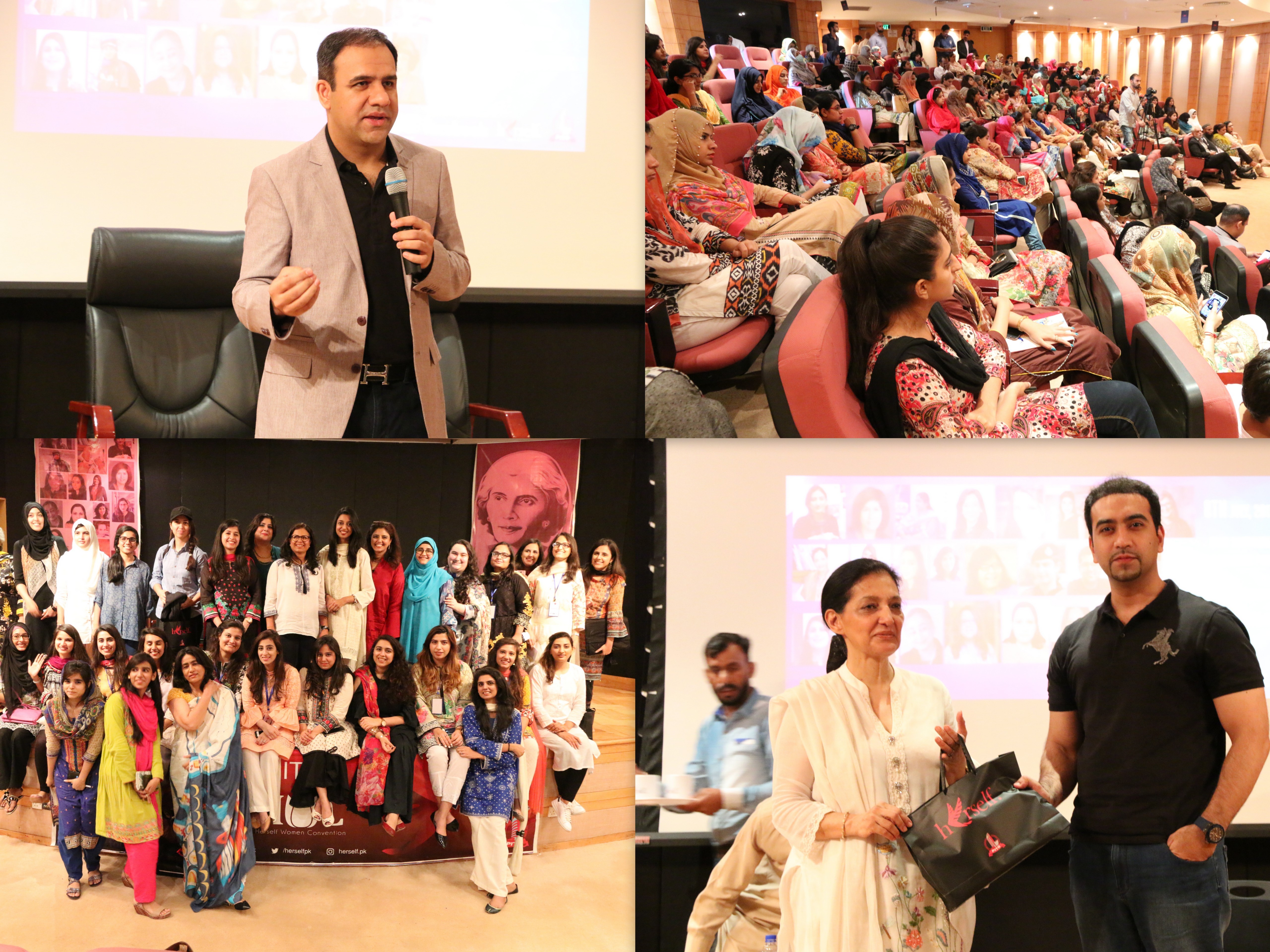 Facebook was an official partner on the event and they conducted online panel discussions, workshops and competitions from the Facebook HQ. The 3 winners of the Facebook competition namely Nisa Anwar, founder of Ottutu.com, Namra Tahir, founder of Creative Creations and Laraib Zamir, founder of Xgeekster were awarded Facebook credits worth $350 by Ritesh Mehta, head of South East Asia Facebook’s #SheMeansBusiness and Ali Khurshid, Business Development Lead for Facebook Pakistan. Ritesh lauded the efforts of Herself in promoting women entrepreneurs in Pakistan. Pakistan is one of the star players for Facebook’s #SheMeansBusiness in South East Asia.

Herself’s graduated startups displayed their work and got appreciation as well as feedback from the guests and the attendees. As the event was women centric, a lot of dialogue was around how women can contribute to different sectors to boost the economy. This was also an opportunity to introduce young women to successful women in various fields and encouraging them to pave their own way to success.

The most exciting and fun part of the day was the riding of Vespa. The activity was conducted by Distinguished Women on Wheels. Ladies attending the convention were given a chance to ride Vespa and heavy bikes; an experience worth remembering.

Not to forget this convention was entirely organized by the women of the entrepreneurship wing of PITB. Through events like these PITB plans to support and celebrate the women of Pakistan and also bring to light their struggles and achievements.