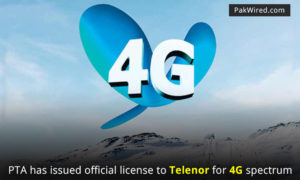 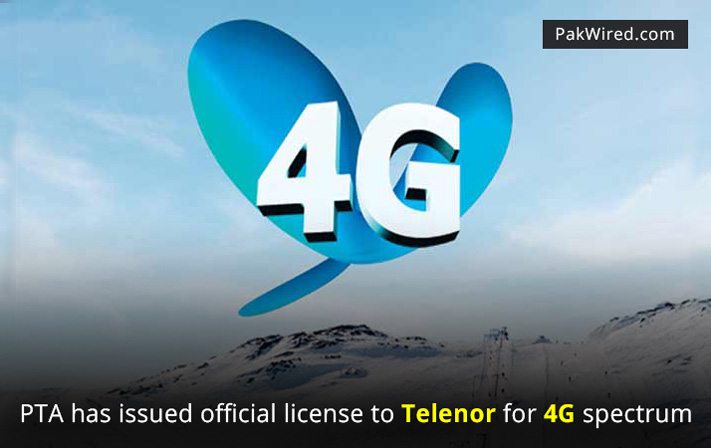 Pakistan Telecommunication Authority (PTA) has finally issued the pending license to Telenor for its 4G spectrum. The permission came soon after the withholding tax of USD 39.5 million was paid by Telenor which the Norwegian company refused to pay in earlier June.

Although Telenor managed to secure the license of 850 MHZ at a base price of USD 395 million in a bidding auction that took place earlier but due to the long overdue dispute between the two parties, the matter was left unsettled.

Telenor being the single bidder of 850 MHz 4G spectrum was the only choice for this license as this bandwidth and frequency only suited them, stated by Information and Communication Technology (ICT) expert Parvez Iftikhar.

The dispute before the license was issued

The dispute arose, when the official license was pending at PTA’s end based on the premise of non-payment of advance tax. Telenor filed a plea in Islamabad High Court against PTA, the government and the Federal Board of Revenue (FBR). PTA, in this case, is only the representing party as it has been directed by the government to recover all taxes before finalizing any transaction.

The company made an argument in court stating that the accused authorities are charging an illegal withholding tax (10% of the base price) which they are not liable to pay. Their justification states that the advance tax is only due when there is an actual sale in public auction or auction of any real property or merchandise. Whereas, the spectrum purchase is not a real sale since no one owns the frequency, thus freeing them with any kind of withholding tax.

The strange argument presented by Telenor however failed to convince the court which after careful review of the case, gave the decision in favor of FBR. It directed the telecom giant to pay the stated amount at its earliest. Once FBR received the due amount by the company, relevant documents were submitted to PTA and the long over license was finally issued to Telenor to launch 4G offers in Pakistan.

With only two other players in the industry offering 4G services, an added competition should improve the service levels for telecom customers. Although the commercial launch date has not been issued, but according to Areej Khan, Director Corporate Communications Telenor, “Once we have more concrete plans and visibility on the exact launch date, we shall communicate the same to our customers.“