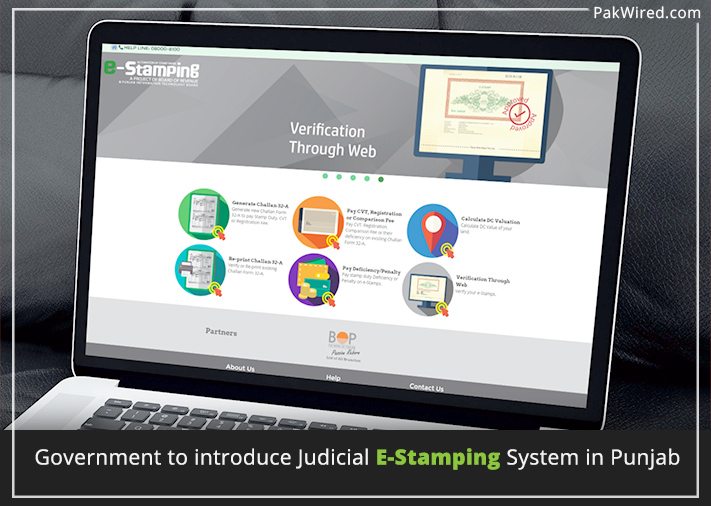 The Government of Punjab has launched a new initiative, Judicial e-Stamping, in collaboration with the Punjab Information Technology Board (PITB) under its program to promote digital reforms in the province.

What is e-Stamping System?

E-stamp or electronic stamp means a digitally generated impression on a piece paper to represent the payment of stamp duty or such other amount that would have otherwise been paid as an imprinted, impressed or adhesive stamp, generated by the Electronic Stamping System.

E-Stamping System has quite a few benefits over the traditional paper stamping. Here are some:

It would be interesting to note that the Government of Punjab had previously launched the currently operational non-judicial e-Stamping system in October 2016. With the recent development now, both judicial and non-judicial e-Stamp papers will be available in entire Punjab. It will now take only 10-15 minutes to get the stamps issued which earlier took about two to three days.

PITB has been holding training sessions and workshops for government officials and relevant authorities to train them in handling E-Stamping System tools. The institute on Saturday issued guidelines to citizens calling for collaboration between all sectors of society to work together in order to ensure that these digital services meet the expectations of the general public.

People can visit any nearest branch of Bank of Punjab, to get e-Stamp papers after filling a challan 32-A form on official website of e-stamping (www.es.punjab.gov.pk.).