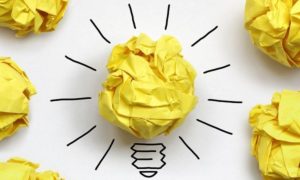 For decades, researchers have been curiously prodding at a mysterious concept: creativity. Several studies have surfaced around the Internet, providing intriguing- and sometimes surprising- findings about creative minds.

While we still don’t know exactly what makes a person creative, scientists and researchers have uncovered some of the traits that seem to accompany creativity.

Mental illness has received the biggest buzz out of all the traits linked to creativity thus far. Since the 1970s, countless studies have linked creativity to bipolar disorder, manic depression, and schizophrenia.

Even before research suggested it, many believed “craziness” and “genius” were linked. Even Aristotle said, “No great mind has ever existed without a touch of madness.”

Of the countless possible links to creativity, mental illness is the hardest to dispute. Famous creators like Virginia Woolf, Ernest Hemmingway, and Michelangelo suffered from severe mood disorders, just to name a few.

Researchers at the Karolinska Institute studied one million creative people. They found that writers were nearly twice as likely to commit suicide, while dancers and photographers were more likely to suffer bipolar disorder.

It may not be a coincidence that Salvadore Dali once said, “When I paint, the ocean roars. Others merely paddle in their bath.” Ok, Mr. Dali, you’re pretty good, but why all the arrogance?

The University of North Carolina found that participants who regularly took part in creative activities scored lower on the “honesty-humility” scale. On the bright side, creativity was not linked to anger or a lack of “agreeableness.” The researchers sum up this seeming contradiction, saying, “Daring to take imaginative leaps and putting them before the public takes a certain ego; seeing them through to completion requires an ability to get along with others. Perhaps the most successful [creatives] possess both qualities.”

After reading the previous trait, this one may no longer come as a surprise. In a study entitled, “The Dark Side of Creativity,” researchers found that innovative thinkers were more willing to cheat on tests. However, the study did not imply that creative people are purposely devious, but that they simply have an easier time coming up with ways around things.


A recent study by Stanford University has given us another incentive to exercise. The general act of walking, both in and outdoors, consistently increased creativity during and shortly after walks. The study provided divergent thinking and analogy tests to participants. They found that walking helped tremendously with brainstorming, but it didn’t necessarily improve focus. The study provides further evidence for a long-held scientific belief: exercise improves cognitive function.

While daydreaming doesn’t exactly have a reputation for being useful, it’s something that we may no longer have to be embarrassed about. Researchers at the University of California found that daydreaming during simple tasks helped participants come up with more unusual ideas for creative tasks.

While the structure of the study may be questionable, with participants performing tasks and self-reporting their daydreaming levels, it may hold some truth. After all, Philo Farnsworth, inventor of the TV, reportedly came up with the idea while plowing a potato field. Either plowing fields was incredibly riveting, or more likely, he was doing some serious daydreaming.

Not only are creative people said to dream more in the day, their minds are occupied at night as well. However in this case, it’s much less pleasant.

Researchers at Tufts University School of Medicine claim nightmares are rare in adults, but that some have a genetic predisposition for them. Amongst the group of frequent nightmare sufferers, researchers found musicians, painters, poets, and art therapists.

Sleep researcher and author Earnest Hartmann insists creative people have what he calls “thin boundaries,” making them susceptible to nightmares. In other words, they’re thin-skinned and highly sensitive in general.

Two interesting studies have claimed that living or traveling abroad will boost your creativity. Data revealed that students who studied abroad were more likely to come up with creative insights than those that didn’t. However, the question left unresolved is whether students who travel abroad are naturally more creative, or if traveling abroad leads to creative thinking. It seems like it could go either way. Creative people may crave new experience and change, or new experiences may spark creative ideas in people.

Ok, now this is just strange. An article in Psychology Today entitled, “Why Creative Folks Blink A Lot” highlights how Netherlands researchers examined dopamine and its possible relation to creativity. By measuring EBR (that’s science talk for “eye blink rate”), they found that those with faster blink rates scored higher in flexibility during divergent thinking tests.

Interestingly, schizophrenics are also known to have an increased blink rate (as well as an increased dopamine uptake). The researchers also found that EBRs could become too high, leading to less flexibility in the divergent thinking tests. This suggests that an optimal dopamine level may exist for creative thinking.


This will come as a relief for those who can’t seem to keep their chaotic desks, cars, or homes tidy for more than a day or two. Columbia professor and author of A Perfect Mess: The Hidden Benefits of Disorder, Eric Abrahamson says that creative people tend to live among clutter. “Amid clutter, many famous thinkers have made serendipitous connections between seemingly unrelated documents that led to great success.”

These unrelated connections he speaks of, are the basis of divergent thinking. (No, this doesn’t give you an excuse to never clean again.)

Regardless of whether these traits are all truly present in creative minds, it’s safe to say most creators have something special going on in their brains- and perhaps it’s best to let them master it alone.