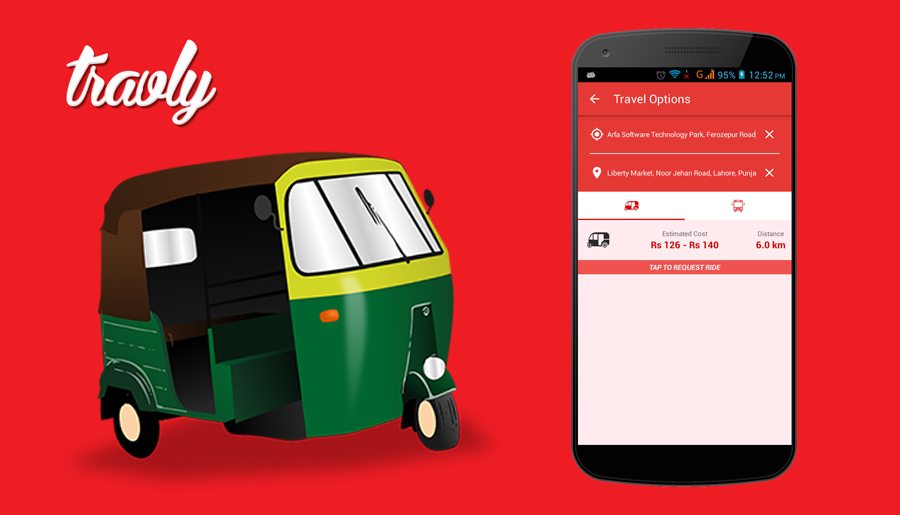 Rickshaw-booking service Travly has come to a rather abrupt end of its startup journey as the cofounders of the company opted for full time jobs. Travly had been a venture-funded program mainly funded by the founder of CresVentures, Humayun Mazhar. Stating the reason to TechJuice for the shutdown of the rickshaw-hailing service, Mazhar shared:

“Travly’s cofounders are bright young boys but due to lack of experience and maturity, the startup couldn’t execute and meet its own set up conservative projections”

He further added that:

“It was decided that the technology stack for the service will be acquired from Travly’s counterpart in Indi. However, the process took months due to legalities and compliance. And once we were ready, the asking price of the product was increased manifolds. Yet we were willing to invest in it. In retrospect, it could have been a wrong choice (regarding technology stack) because the team could not execute the business plan to the level at which the tech stack would come into play.”

Humayun said that even though Travly couldn’t beem an executional success, he still believes that even with the presence of Careem and Uber, there is still room for similar services. He said that he is currently looking for such startups to invest in despite being short of resources.

On the other hand, a different perspective was shared by the CEO of Travly, Shahmir Khan. He said that:

“The single biggest reason behind Travly’s shutdown is the absence of a technology platform that would have helped in streamlining the process and scaling the startup. E-hailing is nothing but a pure tech play and I was the biggest advocate of introducing automated dispatch software in Travly. However, we got stuck on legal and compliance issues while acquiring the software from Travly’s counterpart in India. Later on, when we wanted to acquire the technology from local vendors, the investors became a bit reluctant and impatient and it was then decided to make a shift towards monthly ride subscriptions which did not require any such technology.”

Furthermore, he talked more about the challenges faced by the company. He said:

“Keeping the stakeholders aligned towards a common direction for the company was a challenge. The investors had a different direction while the founders vouched for a different way forward. This resulted in negative synergy”

Although Khan couldn’t take his startup to the widely recognized levels of success, he believes that he will learn something from this failure and will do even better in the future.

Back in 2014, Travyly was launched as a bus-booking service. Incubation for the startup was done at Plan9. From there, the startup was transferred to PlanX where further development of the startup came into being.  At PlanX, the project was hosted by Faisal Sherjan, a media industry veteran.

Under his patronage, the idea of a bus-booking service morphed into a rickshaw-hailing service. The idea was inspired by other ride-hailing services such as Uber, Careem, Bykea etc. With this idea as the main aim of the startup, Travly was funded with $200,000 by CresVentures. The agreement was signed at an event where different big and small media industrialists were present. However, once the investment had been made, the founders of the startup scattered like a deck of cards. One of the founders went away for higher studies while the other one went on to join the rival Careem.

The startup was also going to announce a service called Rickshaw Rani which encouraged women to earn their bread through driving rickshaws. However, the startup didn’t prosper as much as its other competitors did.

While talking about the current mindset of entrepreneurs in Pakistan, Humayun said:

“Startup founders think that if they have raised investment, the business will come on its own. This doesn’t hold true. Execution and hustle are both very important for startup founders. Getting a space at an incubator doesn’t mean startup success.”