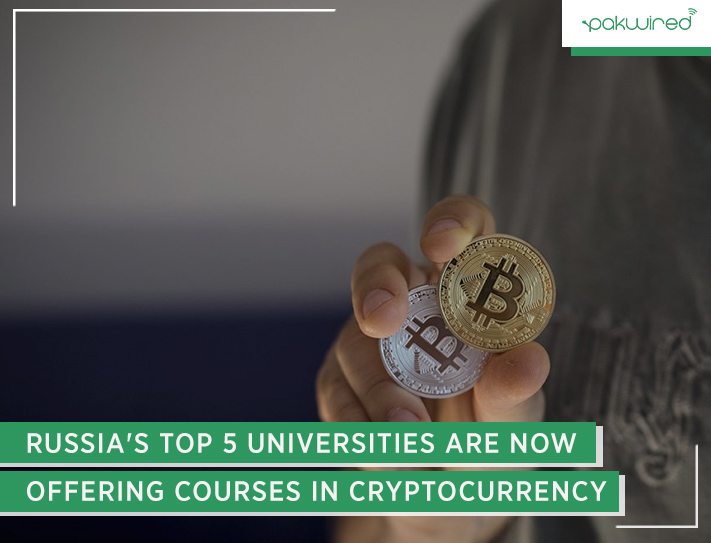 Realizing the rising popularity, top five Russian universities have initiated courses in cryptocurrency and included it in their finance curriculum. Cryptocurrency has gradually become a new phenomenon in global financial markets. Thus, generating huge demand for research in this area. According to some experts, rising public interest in cryptocurrency and blockchain technology has compelled the academia to include its courses in their programs.

Another major university of Russia, Higher School of Economics is teaching cryptocurrency as one of the topics in its financial technologies course. Additionally, Saint Petersburg State University plans to merge cryptocurrency in its banking, finance and financial markets program. Therefore, we can clearly see a rising academic interest in this domain.

Russia is one of the few countries which is giving unrelenting support to cryptocurrency. Since a Russian programmer has been the mind behind Ethereum, which is the second largest cryptocurrency in the world (in terms of market capitalization), the Russian President Vladimir Putin has given extensive support by endorsing this currency himself.

Cryptocurrency has seen unprecedented growth during the last few years as people are considering it a new avenue for investment. The demand for teaching cryptocurrency has emanated from the industry, as they are urging Russian universities to extend its education. In addition, scientific laboratories are being built to conduct research on cryptocurrency.

Blockchain being the prominent technology behind Bitcoin is finding other avenues for its development. The significance of blockchain is being realized by other countries as well. Ukraine is also planning to implement this technology on a national level.

The National University of Science and Technology, a major Russian university that specializes in the field of metallurgy and steel-making has signed an agreement with a state owned bank. According to the deal, they will establish a center for materials and breakthrough technology particularly blockchain.