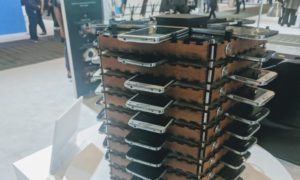 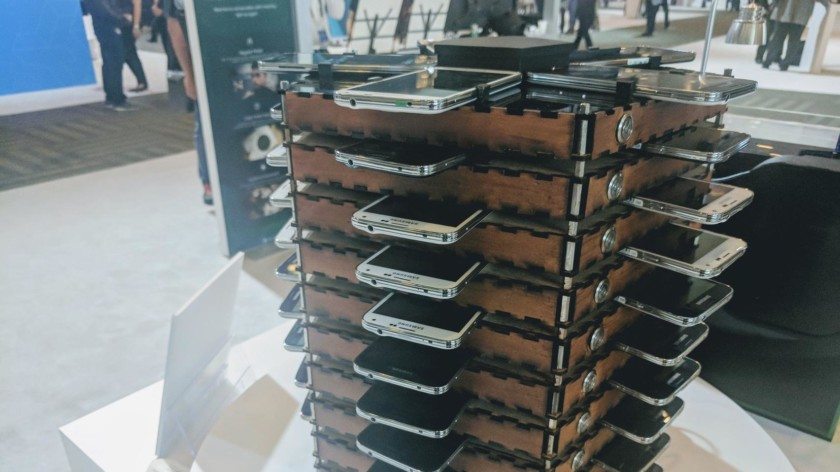 Most of the tech savvy consumers who upgrade their mobile phones often find themselves in a quandary as what to do with their old phones. Few people can scrap the value out of their old phones by selling them while others keep them in case they need backup phones. But many users are not aware that old phones can be used in multiple ways. Samsung’s innovative team has found a way to reuse these old phones and have showed how users can upcycle them creatively.

Samsung’s dedicated engineering team in its C-Lab that works on various creative projects has presented an innovative project. The project has been demonstrated at Samsung’s developer conference showing a stack of 40 Samsung Galaxy S5 phones being turned into a Bitcoin mining rig.

Samsung has demonstrated a few basic projects where an old Galaxy tablet was turned into an Ubuntu-powered laptop. Moreover, a Galaxy S3 was converted into a fish tank monitor, and an old phone was programmed with a facial recognition software to be placed at any house entrance for security.

Although these projects are very practical in nature yet they are still showpieces. Currently, Samsung is working on an unlocking software for upcycling different projects that will be available online free of cost. According to Robin Shultz, a spokesperson for Samsung, the basic essence of the project is:

“This innovative platform provides an environmentally responsible way for old Galaxy mobile devices to breathe new life, providing new possibilities and potential extended value for devices that might otherwise be forgotten in desk drawers or discarded.”

So far, Samsung has provided a platform called the placeholder GitHub. It has a video that clearly shows what the company plans to do. It is also expected that Samsung will allow its users to download a software that removes Android system from any device in near future.

Once the original software will be removed from the device, it can provide unlimited opportunities for other projects to run on this old device. Furthermore, the users will have the option to upload/download projects from Samsung or any other developer.

In the wake of rising prices, higher complexity and fragile nature of most of the devices; this move by Samsung is not only good for users as it prevents their devices from being wasted but also great for the environment in the years to come.