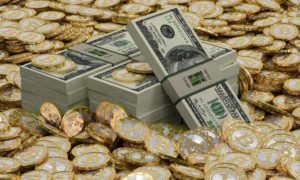 Prior to the announcement, the ongoing practice has been that a user would wait for 3-5 days to get hold of the purchased cryptocurrency as Coinbase used to wait for funds to transfer via ACH. As a result, it often lead to an undesired lag causing frustration for the buyer, since the price of bitcoin maintains a flux in matters of hours. Consequently, a user would lock the price and pay for the cryptocurrency which was five days earlier. Later, he would either receive a profit or a loss because of the price fluctuation in bitcoin value.

Who is eligible for this new feature?

The feature has been rolled out to ~15,000 users for now. However, it is likely that ‘all eligible’ U.S.-based customers would be getting this feature by the end of 2017. Coinbase hasn’t explained the percentage of users who will be eligible. However, those who have fulfilled Coinbase’s verification tiers and exhibiting good customer behaviors over a period of time are likely to be considered as ‘eligible’.

The new Head of Product of Coinbase, Zach Abrams explained:

“Coinbase uses proprietary fraud prevention systems it has developed over the last 5 years; to determine how this instant purchase feature is rolled out to groups of customers. It also helps in determining that the customers with access to this feature have sufficient balance in their bank account with good purchase history”

To ensure that clients have enough funds in their record to really bear the cost of their purchase is significant; especially in light of the fact that Coinbase won’t put any hangs on in an instantaneously digital currency. It means a client will have the capacity to purchase bitcoin and exchange it off trade before the ACH withdraw is finished.

This also implies Coinbase could possibly be left paying for a fraudster’s purchase since banks will not repay traders for declined ACH withdraws because of insufficient balance.

There is another bitcoin exchange, Gemini, which is run by the Winklevoss twins. It permits the users to promptly buy and trade up to $500 per day in cryptocurrency through the ACH transfer. However, it does not let a specific user withdraw from the exchange until it gets cleared.

Read More: Bitcoin market on a steady rise in Pakistan

There are no second thoughts that Coinbase is too confident in their fraud prevention systems. This is precisely the reason they will be allowing the users to trade up to $25,000 worth of bitcoin; that too, before payment is received.

As soon as the purchase will become visible on the user’s account, Coinbase will send them a confirmation email.