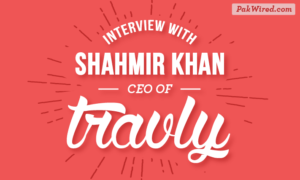 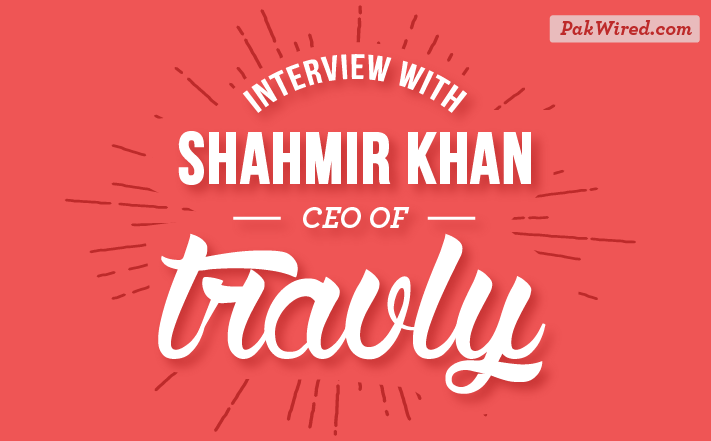 Who came with the idea? Was it just an epiphany?

It was a pretty interesting case. Once I opted carpool in my university and got in a fight. I was so irritated that I decided to opt for public transport. So I went to a nearby bus station, waited there for 30 minutes, but no bus came around. I ultimately had to choose a rickshaw but that costed me my entire lunch money. I was 21 at that time and in my third semester of studies. But even traveling in rickshaws has been a big hassle for me since none of them have any idea about addresses in Pakistan and it’s really difficult to properly guide them to a location. So this is where I thought that there needs to be some solution related to public transport in Pakistan.

So what did you do with the idea?

I discussed this idea with my teacher at BNU. I got so passionate about it that I explored it further in my Computer Interaction course, because I majored in Software Engineering from BNU. This conception got continued as final year project. Then we finally got incubated in Plan9 and that was a big breakthough for us.

So what does Travly do?

Travly provides information to local commuters about their nearest bus stops so that they can use public transport more easily.

Which cities do you cover currently?

At the moment our service is available in Karachi, Qasur, Lahore and other nearby areas, but we are planning to roll out our services in Islamabad shortly too. We have signed a contract with the Lahore Transport Company and are working closely with them to digitize the entire Punjab.

What is unique about the company?

The coverage, I believe. Faizan, our team member, is called the bus fanatic because he travels a lot in busses and digitizes every route he takes. Furthermore, we will be opening up this project to students so that they can add their own routes I.e. the routes they usually take to college, so were turning this into a community source project.

What big problem does it solve?

Let’s just say that we are trying to make public transport less confusing and empowering urban transport commuters at the same time.

How big is the market opportunity?

Where are you headquartered?

Currently we are under PlanX, since we graduated from Plan9, so we are based in Arfa Karim Tower,s Lahore.

How big can Travly get?

We are trying to expand to the emerging markets Bangladesh, Middle-East, Indonesia and Turkey because our product is very easy to scale. All you have to do is to get the data from local transport bodies and you are up and running.

What’s your business model? How do you plan to make revenue?

We charge a subscription fee per bus and are planning to roll it out on a monthly basis and considering that there are 600+ public busses available in Pakistan, we can make a reasonable amount of money through this. We are also thinking of starting an SMS subscription fee and are currently talking to many telecom companies to help us do that. In the future, we also want Travly to serve as an advertising platform for location-based ads and we think this could be a big seller for us. SMS advertisements is another revenue stream that we wish to draw some water from.

What is your target market?

Currently we are only targeting students.

But are you planning to capture a greater percentage of the market?

Yes we are diversifying our portfolio by bringing some carpooling companies on board. So yes we do plan to conquer a greater share in the market. We are planning to get rickshaw startups to use our platform too.

What traction has Travly’s mobile app gotten so far?

So we have got over 4,000 downloads of Travly’s app with an astounding 77% retention rate. So the majority of our app users are actually using the app again and again after downloading it.

Who are the founders of Travly and its key team members? How would you define yourselves?

Let’s just say we are a bunch of misfits coming together to change the world. We are all friends from the same university. All of us have the same degrees but we have different expertise. Talal Burney is the Creative Head, Faizan Khan takes care of the databases, Mehmood Ali is the CTO, the core developer and the back-end technology guy, Muhammad Zohaib is the COO and I basically lead business development for the company.

Well for me, my team keeps me motivated. Also the kind of feedback we receive from users motivates us a lot too and encourages us to work harder at what we do.

Do you plan to scale the team in the next 12 months?

Team expansion is definitely in the pipeline since workload is increasing, but currently we think that us five can manage on our own.

What kind of features do you wish to add to your app?

We want to add the live arrival time of busses and also send out alerts of nearby busses to users of the app. We also want to do something similar to Google Now, and notify the user what time he/she should leave for the bus if he/she wants to arrive at a particular destination.

Did you make any mistakes when you were starting out?

Well I honestly don’t remember making any mistakes as such because Plan9 taught us how to avoid the mistakes newbies make, so yeah it’s been a smooth journey.

Do you think that your service/product will woo the investors? Can it bring international investment in Pakistan?

Yes certainly. We have been approached by my investors but we did not agree to their terms. So currently we are bootstrapping at the moment and have only raised $15,000 from friends and family.

Who are the Travly’s competitors?

We do not have a competitor. Most people have this misconception that Savaree and Careem are our competitors, but that’s not true at all. We are not in competition with Careem or Savaree, we are actually facilitators for them. If we bring Savaree on board as a carpooling service, we can share in the revenue with them and take certain commission off their sales. So it’s a win-win for both the parties.

What gives your company a competitive advantage?

We have the first-movers advantage. No other company in Pakistan provides the data we do.

How have you marketed Travly so far and what are your future plans to market it?

We have only been doing unpaid social media marketing at the moment by posting various humorous quotes that get viral a lot. We market a lot through word of mouth marketing. The Lahore Transport Company has agreed to market for us by advertising our app on their busses which can bring in huge publicity for us.