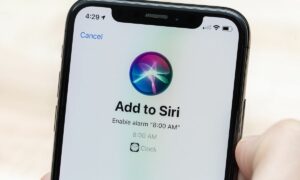 Almost everyone looks for shortcuts as it essentially saves time and efforts in doing something which takes more sweats for getting things down without one. Similarly, Siri offers plenty of shortcuts on all Apple devices which is updated with iOS 13.

Works as a virtual assistant, Siri is a now a significant part of all Apple’s operating systems. Distinctively, it answers to one’s queries after using voice queries and a natural-language user interface. Furthermore, it is an extremely imperative tool and users find it worthwhile.

Also Read: This is how you can clean your AirPods

Creating your own Siri shortcuts could be a time-taking process. It could be formed. However, importing a pre-made collection with over 150 Siri shortcuts is never a bad idea. After all, that’s a shortcut too.

The list is massive. The aforementioned points were some of the collection of the developer.

It is important to mention that all the shortcuts work across Apple’s platforms, including iPhone, iPad, AirPods, Apple Watch and HomePod and Car Play.

Read More: Guide to everything announced at the iPhone event this year

How to use them?

First things first; you will be required to import Matthew’s shortcut. Thereafter, you can use them. Airtable hosts the entire collection along with relevant guidelines and procedures for each of them. You can add relevant shortcuts in your collection by scrolling through until you get the desired one.

In order to import a specific shortcut in your collection, you must do the following:

Tap on the link under the shortcut’s ‘iCloud’ column. Afterwards, click on ‘get shortcut.’ You can access the shortcut through Siri after importing it on your shortcuts app. In addition, it can also be obtained on shortcuts app or through iCloud.