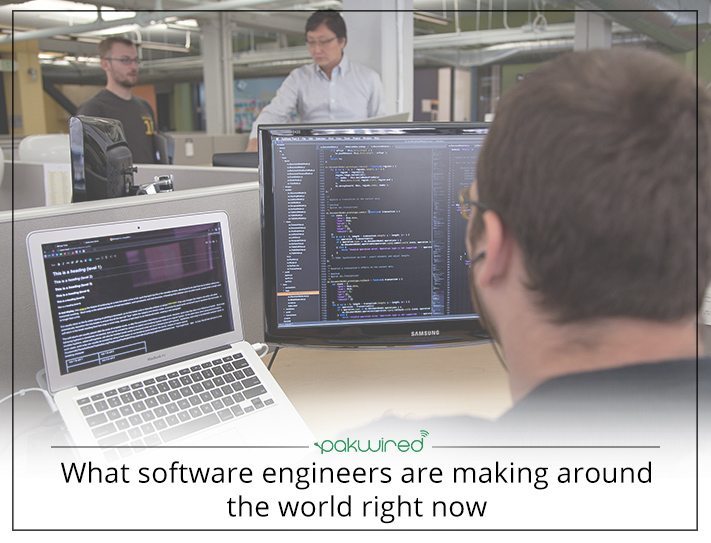 A new study published by the data science team at Hired, a jobs marketplace for tech workers, shows why it’s becoming harder for software engineers to afford life in San Francisco, even while they make more money than their peers elsewhere in the U.S. and the world.

Based on 280,000 interview requests and job offers provided by more than 5,000 companies to 45,000 job seekers on Hired’s platform, the company’s data team has determined that the average salary for a software engineer in the Bay Area is $134,000. That’s more than software engineers anywhere in the country, through Seattle trails closely behind, paying engineers an average of $126,000. In other tech hubs, including Boston, Austin, L.A., New York, and Washington, D.C., software engineers are paid on average between $110,000 and $120,000.

Yet higher salaries don’t mean much with jaw-dropping rents and other soaring expenses associated with life in “Silicon Valley,” and San Francisco more specifically. Indeed, factoring in the cost of living, San Francisco is now one of the lowest-paying cities for software engineers, according to Hired’s lead data scientist, Jessica Kirkpatrick. According to her analysis, the $110,000 that an Austin engineer makes is the rough equivalent of being paid $198,000 in the Bay Area, considering how much further each dollar goes in the sprawling capital of Texas. The same is true of Melbourne, Australia, where software engineers are paid a comparatively low $107,000 on average, but who are making the equivalent of $150,000 in San Francisco. 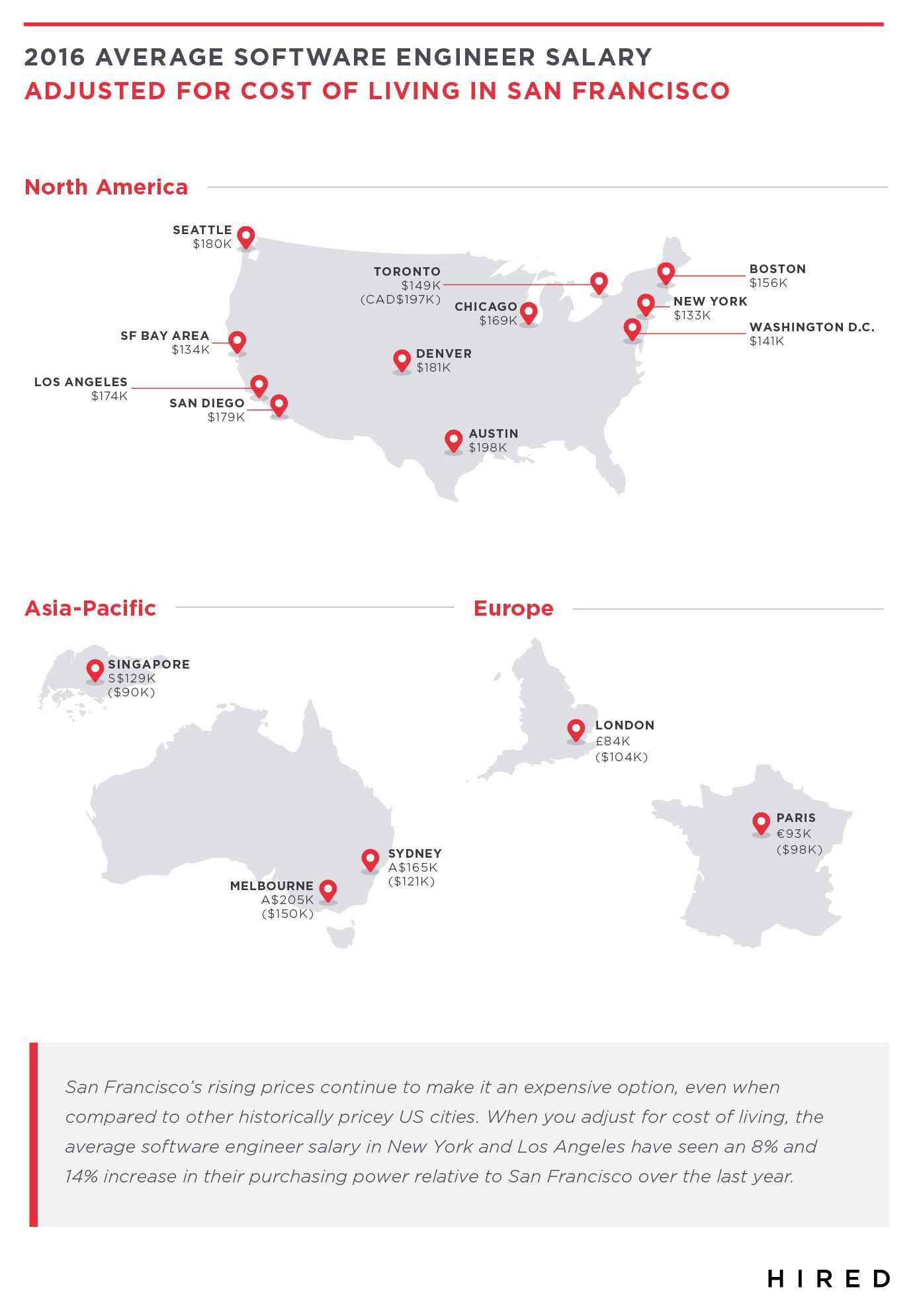 In fact, Hired says it’s seeing a “huge percentage of our candidates” in other markets that are attracting and hiring relocation candidates. In Austin, says Kirkpatrick,  60 percent of job offers are being extended to and filled by people outside of Texas.

(It should be noted that candidates who are willing to move to a new city are often paid more than local candidates, per Hired. It says this is especially true of European, Canadian, and Asian markets, where, astonishingly, non-local candidates can  earn up to 57 percent more than their local peers.)

How bias shows up in salaries

Hired’s study explores a range of other data, including how much data scientists and product managers are being paid across 16 major cities and how that salary information has changed over time.  Of greater interest to us, however, is another section focused on the impact of bias on salaries and hiring practices. It’s something Hired began following roughly a year ago by collecting voluntary demographic data from candidates and examining how their identity impacts the wages they ask for — and what they receive.

Younger candidates also tend to get paid less than older candidates, whose salaries appear to peak at age 45, after which they began slipping downward. Specifically, on Hired’s platform, job candidates aged 25 to 30 years make $102,000 on average, whereas 45-year-olds make $140,000. But candidates between the ages 50 and 60 see their salary knocked down to $130,000 per year.

“Part of that could be that [older employees] were trained and specialize in older technologies,” says Kirkpatrick. “But even looking at candidates going out for similar job titles, we’re still seeing these same trends” of tech workers beyond the age of 45 paying a price for, well, aging.

Unfortunately, the same in not true of Latino or Asian candidates, according to Hired.