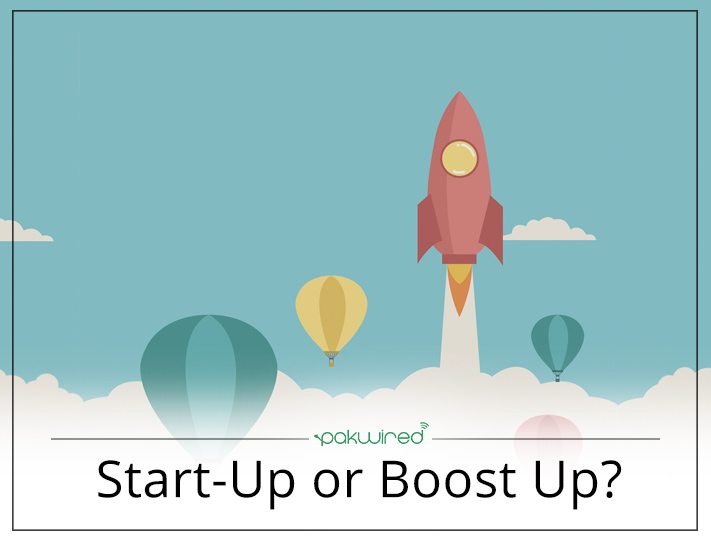 It’s difficult to go a few days without hearing a story of a successful start-up dominating the world. We are all exposed to some sort of start-up in our daily lives, from SnapChat to Instagram and more. All this success is inspiring and generates a positive buzz. All the positivity has everyone thinking about the next great product the world needs. This article aims to provide an alternative thought process to the start-up buzz.

I’m sure many of us have been victim to such thoughts too — the fact is that these thoughts are natural for would-be / existing businessmen and women and have occurred for a very long time, with the difference being, nowadays worldwide exposure and ‘going viral’ are much easier than 50 years ago. Due to such a lively environment, it is easier to become distracted so one must learn to think differently. After all, success hasn’t found its favored people because they thought the same as everyone else.

While everyone is thinking of the next great product, maybe we should slow down and start thinking about ‘a current problem’ and looking at resolving that. Every society has its sets of problems and there are many areas where improvement is needed, we just need to channel that energy whilst broadening our scope. Alternatively, one could target existing businesses.

Yes, you read that right! Is it wise to target existing markets where everything is fine? I’m sure Steve Jobs and Apple were asked the same question before they released iPhone. At the time Nokia dominated the mobile phone industry and though other companies had tried, they couldn’t make an impact. Apple provided a fresh idea and approach. The problem with many businesses is that they tend to fall into product cycles as did Nokia and with no real competition there was no need to push the boundaries, giving catch up time to competitors. Uber did a similar thing in the commute industry. It didn’t create a new product, just a better one.

One caveat though, is to ensure one is improving on the competition and not just creating a clone. The end-user will be drawn by a ‘boost-up’ of the product/service you provide compared with something they are comfortable with. If you can focus on having a truly great product and less on the sales, the acceptance of your product will generate the sales in itself.

Whilst some maybe shocked at the idea of ‘selling’ a product without worrying about sales, it is an ever-growing ideology that has shown dividends in many successful companies, again Apple comes to mind. Shane Parrish, a Canadian entrepreneur, says it brilliantly,

‘To build the future we need to challenge the dogmas that shape our view of the past.’

Though different strategies work for different companies; the truth is, somewhere down the line if you are not offering a fantastic product, you will hurt yourself like many do. More focus on the product means a better product. Period.

So maybe targeting existing offerings isn’t a bad idea after all. Often though, the off-putting thing is when one has to analyse the competition and with so much to cover, it’s easy to lose clarity. It’s wise to keep an eye on the competition but when you start focusing all your energies on trying to emulate their product or trying to one-better them, you may be in trouble. Peter Thiele, Co-Founder of PayPal uses Romeo & Juliet as an analogy. The argument is that the companies are like each other and on the surface, it doesn’t seem there is much to fight about. In the opening words of Romeo & Juliet “Two households, both alike in dignity”, the similarity is mentioned with hints of this through out the play. By the end, it’s difficult to remember why they were fighting in the first place — and that’s probably the circle that you may get stuck in when focusing too much on the competition. Don’t get lost in the fight! Learn from the competition.

Summarising, though the hype is through the roof with start ups, it may be worth thinking of alternatives and giving existing industries a boost up. There are many ways to do this and hopefully some covered will provide a foundation to a wider scope of thinking.