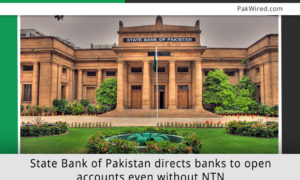 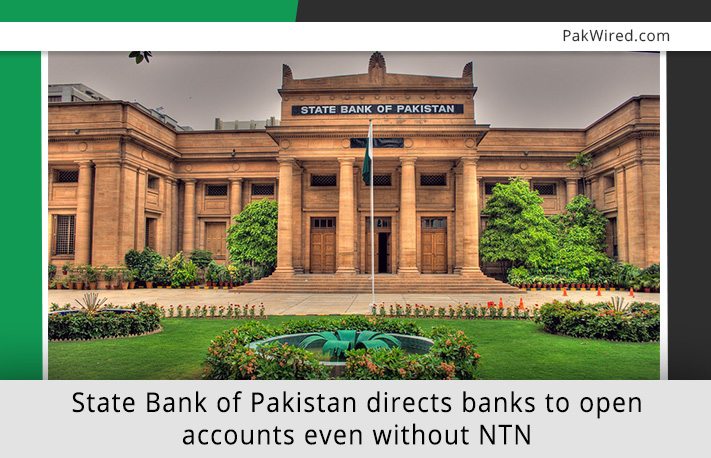 The State Bank of Pakistan (SBP) has eased the procedure by instructing all the banks not to refuse any application to open new bank accounts of any customer even if they do not provide National Tax Numbers (NTN). It can be safely said that one doesn’t need to provide NTN details in order to open a new bank account from now onwards.

The central bank in a circular stated:

“The requirement of NTN should not be the reason for refusal of banking services to the customers. Especially, where bank account is a prerequisite for obtaining NTN as per Federal Board of Revenue (FBR) criteria”

Decision taken after number of complaints

SBP took this decision after it received plenty of complaints about various banks’ resistance of opening a new bank account especially due to the unavailability of NTN which is mainly issued by the Federal Board of Revenue (FBR).

A sole proprietor needs to submit at least sales tax registration or NTN as an additional document besides other documents.

The prerequisite of NTN is a piece of Customers Due Diligence (CDD) by the bank. However, according to the guidelines, the banks are entitled to verify the identity of the customers. In case a person doesn’t meet or fulfill the entire criteria of bank regulations then his query must not be entertained.

“If CDD of an existing customer is found unsatisfactory, the relationship should be treated as high risk. In addition, reporting of suspicious transaction be considered as per law and circumstances of the case”

State Bank of Pakistan also directed all the banks to monitor and scrutinize other doubtful activities of newly opened accounts. It also includes the heavy deposits through cheques or by any other mean.