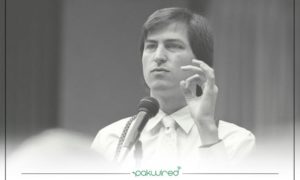 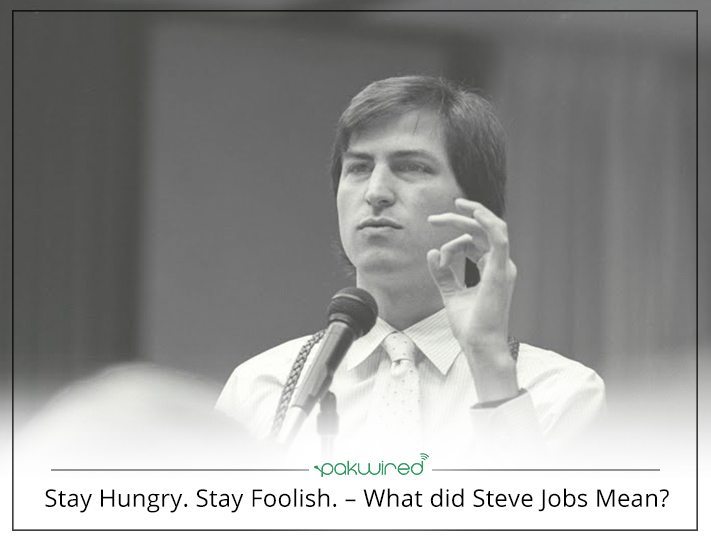 I’m sure we have come across the phrase many times through Steve Jobs or other marketers and entrepreneurs. I first came across it when watching Jobs’ 2005 Commencement Speech at Stanford. I had a basic gist of what it meant but was intrigued as to its composition. It’s meant as a motivational phrase but different to the ‘the early bird catches the worm’ kind of thing we are used to. In this article we’ll review how the phrase was coined, what it means and why it is used so much.

At this point I think it’s important to clarify that Steve Jobs didn’t coin the term. It often gets attributed to him and though he brought it into the modern day, it was actually used by ‘The Whole Earth Catalog’ (WHC), published 1968 – 1974, who had put the words on the back cover of their final publication.

WHC was a ground-breaking publication that had won some great awards. The founder Steve Brand wrote about its role back then:

”…Whole Earth pushed science, intellectual endeavor, and new technology as well as old. As a result, when the most empowering tool of the century came along—personal computers (resisted by the New Left and despised by the New Age)—Whole Earth was in the thick of the development from the beginning.”

In short, WHC is the publication which pretty-much inspired the game changers of the era, one of whom was Steve Jobs. In the Stanford speech, Jobs, towards the end of his speech, shares the inspiration,

”On the back of the cover of their final issue was a photograph of an early morning country road, the kind you might find yourself hitchhiking on if you were so adventurous. Beneath it were the words: ‘Stay hungry. Stay foolish.’” 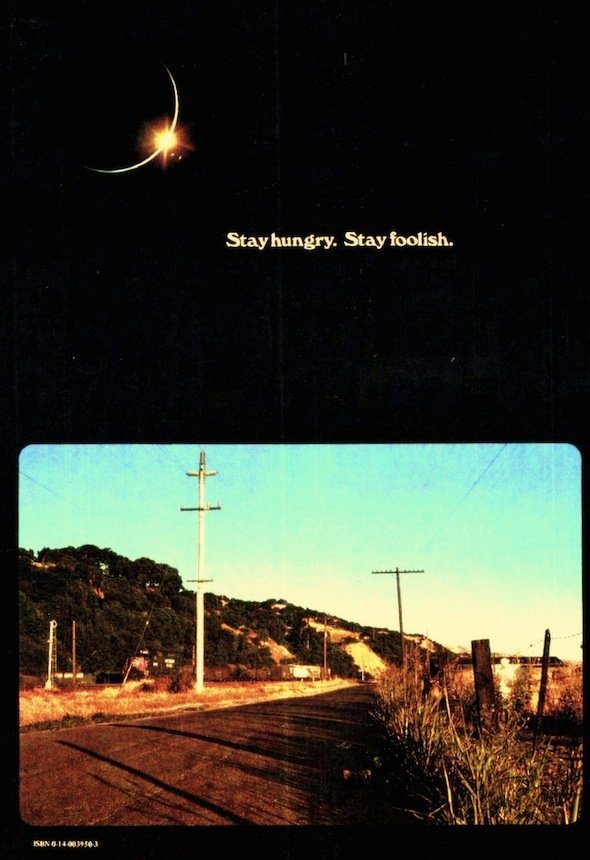 So What Does it Mean?

The phrase uses adjectives considered as negatives and flips them to be used in a positive connotation, hence the intrigue. I knew the words were meant for motivational purposes but wasn’t sure how I would prescribe to the notion of ‘staying hungry and staying foolish’ in real life. Obviously the idea is not to go without food and making rash decisions.

I tried to analyse my work style and pattern and compare with what I thought the words meant. Staying hungry seemed to imply a search for ‘food’. Food can be used as a metaphor for any objective or goal so that would insinuate that I should keep searching for my goal; note that there is a difference between working towards a goal and continuous searching.

For instance, if my goal is to read 12 books this year, once I have read the 12 books, that’s the end of it. I have achieved my goal and though I have a sense of satisfaction, it won’t equate to much beyond that — at most I will set a higher goal next year. Whereas, if I continue to stay hungry, I may work on bringing quality with that quantity.

So I’ve read my 12 books, I can analyse my learnings and each book I have read will most likely open hundreds of doors to more learning or intrigue. Here, instead of just achieving a number, I would create a web of personal goals e.g. read 12 books, what intrigues me in each book, what is a particular subject about etc. Applying this, it would indicate we must continue the search for ‘food’ — whatever the food may be for you.

Similar to the above, I analysed this in context to my personal work style and pattern. What I interpreted was to be foolish. Though it may sound silly, a quick read through history and inventions show that most of the big names and discoveries were made by ‘foolish’ people. Foolish referring to those who had dared to think a little different; think beyond what was being taught in schools and society. This, to me was the ‘foolishness’ being alluded to. It suggested I had to learn to be more be more risky than the usual ‘risky’ related to any business. Some would call it crazy and say they are calculated risks, and maybe they are, but calculations give reasons not to take action whilst foolishness seems the opposite.

Needless to say, there has to be some limitations to this and only you would know what they are. Personally, I have been blessed to have tried and learnt a lot along the way with some successes and some not. The one thing I can say is I won’t look back in 20 years and think ‘I should have tried that’. With each experience comes a lesson and though it may sound like a cliché — it’s reality.

The above is my interpretation of what the phrase means but in an interview for the Guardian, Brand shares his thoughts behind it:

”…for some reason the image I had in my mind was of a hitchhiker at dawn on a road somewhere and the sun comes up and there are trains going by. The frame of mind of the young hitchhiker is one of the freest frames of mind there is. You’re always a little bit hungry and you know you are being completely foolish.”

I guess my interpretation wasn’t far off, but one can learn an important lesson here. Every word or phrase is open to interpretation on your skill, knowledge, situation, and an array of other variables. The benefit comes from how we analyse the given phrase or speech and use it to grow, and that’s the goal. To Grow.