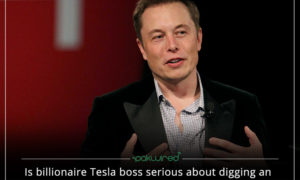 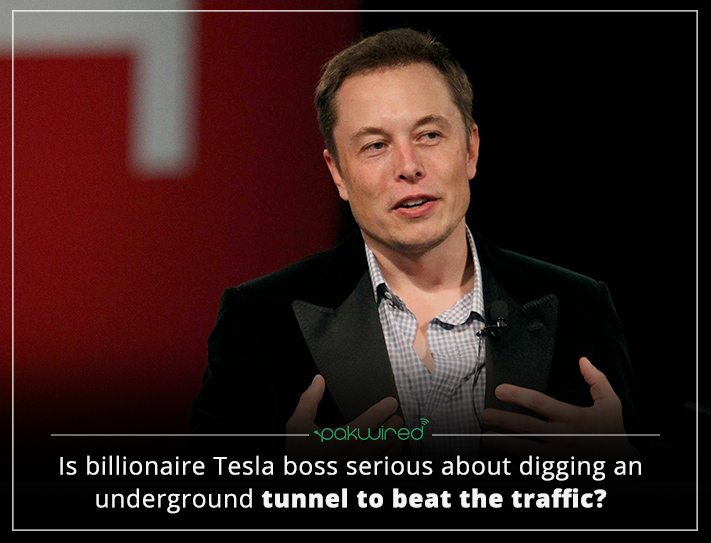 They say the sky’s the limit. But after you’ve travelled to the stars and beyond, where do you go next?

Elon Musk just gave us a rather cryptic answer to this question: you go down under. And by down under, we mean subterranean.

Maybe call it an impulse decision or a very, very well-thought-out plan, Elon Musk just gave the world a lot to talk about with his new plans.

After a mysterious tweet in December, about traffic and digging deep:

“Traffic is driving me nuts. Am going to build a tunnel boring machine and just start digging…”

Traffic is driving me nuts. Am going to build a tunnel boring machine and just start digging…

The Tesla and SpaceX owner just told the world that the tweet is about to become a reality.

In another tweet recently, the Tesla owner told the world that significant progress has been made on the tunnel front and that digging would begin in a month or so.

Now, as far as his plans to start digging go, it’s clear that Musk is definitely up to something. But what that something is, still remains completely in the dark.

When it comes to speculating about a man who has so much on his plate, is it really such a wonder that people are trying to guess if this tunnel project will be in relation to his electric automobiles, the hyperloop or something completely unrelated altogether?

All the Tesla owner has said in answer to the numerous questions that have been shot at him so far has been that the tunneling endeavor will be known as ‘The Boring Company,’ a play on words since that is what the company will be doing-boring deep into the earth.

All Musk has said about the exact location of the site of boring is that it will be taking place across from his desk at SpaceX.

However, that being said, there has been no official response from either city officials or the tight-lipped Tesla owner. While the city administration maintained till end of January, as The Guardian reported, that Musk does not have the required permits, the Tesla owner came up with this – without a context – tweet in the first week of February, about a 26 feet diameter tunnel running under Washington DC. Now, read and wonder …

Hence, we’re all waiting with bated breath to see where and what sort of boring will take place. What are your thoughts on the subject? Sound off below!