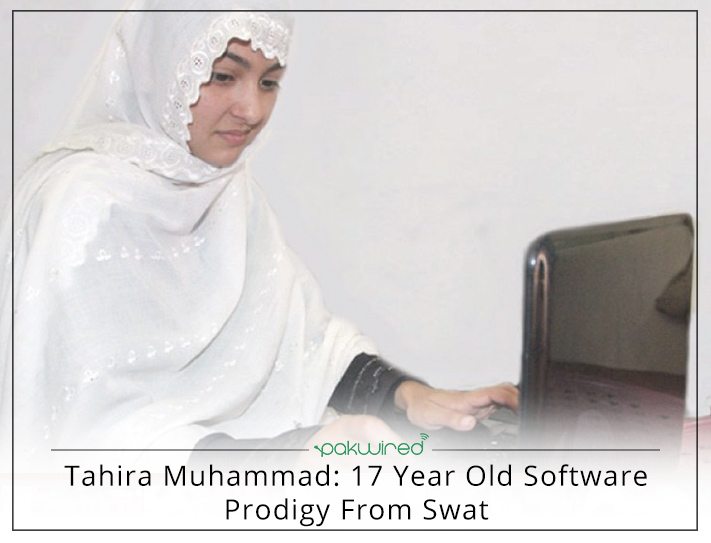 Pakistan is a country that has no shortage of talent and a country that has produced pioneers in different fields of science and technology. Recently, a 13 year old hacker from Karachi, Ahsan Tahir was the main center of discussion among tech geeks. Here, we present you another computer mastermind from the Swat district of Pakistan, Tahira Muhammad.

Also Read: Building a house in 3 hours – An inspiring tale of 3 musketeers of NED

Tahira is a teenage coder. Her love for computers first developed when she was just a child.  Her mother used to be a housekeeper and she would take her daughter everywhere with her. According to Tahira, there was only one house in which they had a couple of computers and a TV. Looking at all these appliances made her more curious about them and that curiosity developed into her interest and aim in life. Seeing her eager interest in computers, the members of the house gave her a laptop so that she could learn more about computers and use it for education.

The prodigy from Swat is currently 17 year old. She is already developing software for different NGOs and Local Government Authorities. In addition to building softwares, she teaches English at her local school in the morning and studies computer science in the afternoon. Despite her efforts and her knowledge about computers, she still earns just Rs4,000 a month which we all know, is neither enough for a developer nor enough to feed her family. Tahira Muhammad wants to become an engineer and her mother wishes for Tahira to continue her education but as she is too ill, no one is there to support Tahira financially.

Also Read: Women directors on board – only at 3.7% listed companies at PSX

Support From All Over The World

RFE/RL’s (Radio Free Europe Radio Liberty)’s Radio Mashaal was the first one to promote her talent and showcase it to the outside world. After that, different organizations have run different campaigns to fulfill her financial needs and support her talent. Different donors from all over the world including Malala YousafZai; the Pakistani Nobel Laureate, came to help her.

At present, she has received enough donations to support her mother. Additionally, she will continue her studies as different universities have offered her tuition based on scholarships. Tahira wants to become a software engineer to help the people of her district and the people of Pakistan. Her main goal is to educate women and help them choose the path of education and make progress for themselves and for their country.