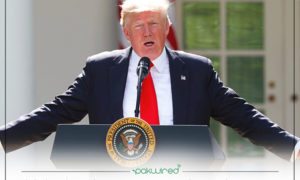 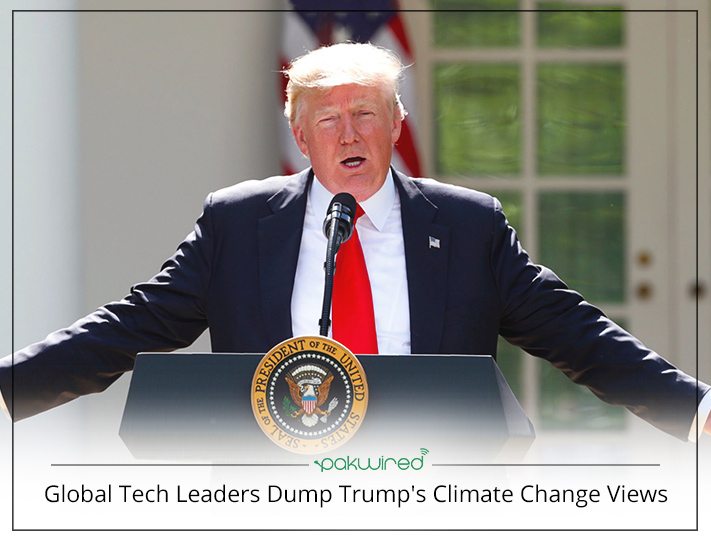 The Top Guns of tech world have decided that they’ve finally had it enough with Trump and his policies regarding climate control.

US Tech firms are all set to support the 2015 climate deal despite the US president’s decision to leave the Paris Climate Agreement.

Even though Trump’s decision to move out has been met with a general outcry from many leaders across the globe, even these noises seem to be buried under the deafening cry that is arising from the President’s own nation.

Amongst the top criticizers, the chief executives of Apple, Google, Microsoft and Facebook are some of the most noteworthy.

Even the Tesla Wizard, Elon Musk, who had up until recently been acting as advisor to President Trump has declared that he will be leaving the panel following this decision by the American President.

He announced his decision via a tweet that reads as thus:

“Am departing presidential councils. Climate change is real. Leaving Paris is not good for America or the world.”

Am departing presidential councils. Climate change is real. Leaving Paris is not good for America or the world.

However, many firms, such as IBM and Amazon, are still claiming that they will continue to stand behind President Trump and his decision to leave the Paris Climate Agreement.

Also Read: Pakistan to invest US$ 500 million in Renewable Energy Sector by 2030 – UN

Recently, a lot of tech giants came under fire by many environmentalists for their great energy consumption- namely, 70 billion kilowatts of energy– roughly enough electricity to power six and a half million homes in the United States.

This is why many businesses are moving on to cleaner, greener sources of energy. Analysts are speculating that the tech leaders’ dissent at exiting the Paris Agreement arises from this fact as well- many businesses feel that it would be hypocritical to stand behind plans for exiting something they are already so heavily invested in.

Of course, making an exit from the climate agreement isn’t spelling out anything pleasant for the tech industry as this act gives indicators that Europe and China might be keen on taking the edge in the renewable resources industry in the near future.