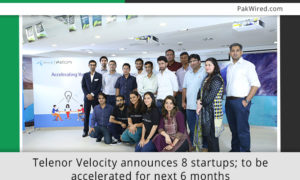 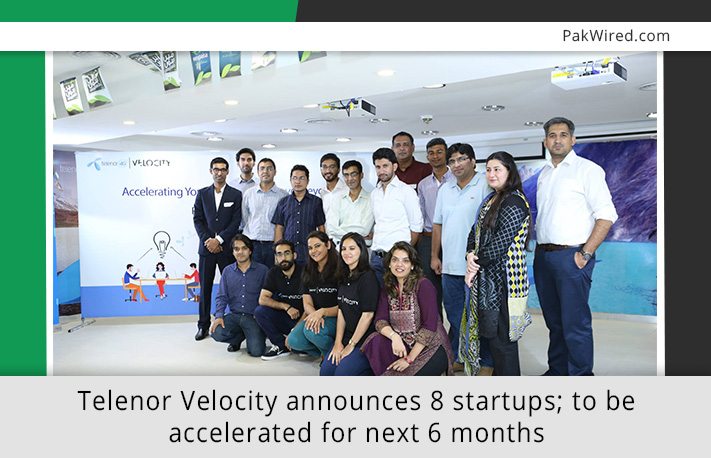 Telenor Velocity is a program that enables budding entrepreneurs in growing their companies. It is a program which is designed around Telenor’s scale and assets. The telecom company’s own acceleration program yesterday announced 8 startups which will be accelerated for next 6 months.

The accelerator started to accept applications for its 2nd Cohort in June this year. However, the deadline was extended to 30th August 2016 to encourage more participation. The startups are now finalized for next 6 months.

The startup was previously incubated at PlanX. It is an online market exclusively for fashion lovers. One can purchase trendy, cool and stylish stuff at remarkably reasonable price.

Artsy basically works to empower artists to reach their fans and consumers in a marketplace environment earning by selling their designer products online without any inventory, delivery and IT costs. Whether it is the traditional blue art form Multan or the embroidered shawls from any part of the country, Artsy lists them all. Furthermore, buyers do have the luxury of selecting from different articles.

It is a startup which looks to ease the potential pilgrims with their Umrah. The notion of BookMyUmrah is to make the make the experience of Hajj and Umrah pilgrims worthwhile for all Pakistanis. Khurram Zia formed this startup along with Mr. Chohan (co-founder) and Dr. Aunn (member of the advisory board).

Dastaan basically aims at reviving literature culture in Pakistan. It is a platform which will connect writers with different opportunities which will eventually help them in career growth. The startup was previously incubated at Plan9. In addition, Daastan has a solid presence on the social media platforms and it works as a for-profit organization.

Micropower Labs is a technology innovation company. It is aimed at creating next generation devices and gadgets for day to day use. Their first introductory product is Flash Pack, which is a power bank. As a result, it charges up in just 14 minutes from your own laptop charger and packs up enough juice to last you for whole day (for instance one and half charge of an iPhone 6S).. Apart from power banks, Micropower Labs technology has many applications in devices like mobile medical apparatus and delivery drones.

Pakshine is a startup which was previously incubated at LUMS Center for Entrepreneurship. It’s product is ‘smart solar retrofit’ which can literally convert any ordinary UPS into a solid hybrid UPS.

PerkUp is a startup that provides customer loyalty and engagement services to consumers and businesses. As far as consumers are concerned, PerkUp helps them in getting loyalty rewards from different businesses in the country. As a result, it enables them to secure loyalty cards directly from the startups that work at different brand outlets. For businesses, PerkUp offers a completely customized program to inspire loyal customers to visit more often.

The aforementioned startups were shortlisted by Telenor Velocity. Which idea attracted you the most?